Back over in Cumbria for the weekend again, we decided to walk along the Ullswater lakeside path from Howtown to Glenridding, the opposite direction from our last lakeside walk here (Howtown to Pooley Bridge).

We were originally going to park in Glenridding but the parking costs are higher there than in Patterdale so we drove there and parked opposite the Patterdale Hotel where it was only £4.50 for the day - if we'd got there a bit earlier there is a small area of free parking in front of a little hall but as usual we were no early birds so didn't catch the worm!

This section of the path is quite different to the walk towards Pooley Bridge - it's much rockier and although not steep, is quite undulating and uneven and at times it was a bit hard on the old knees! 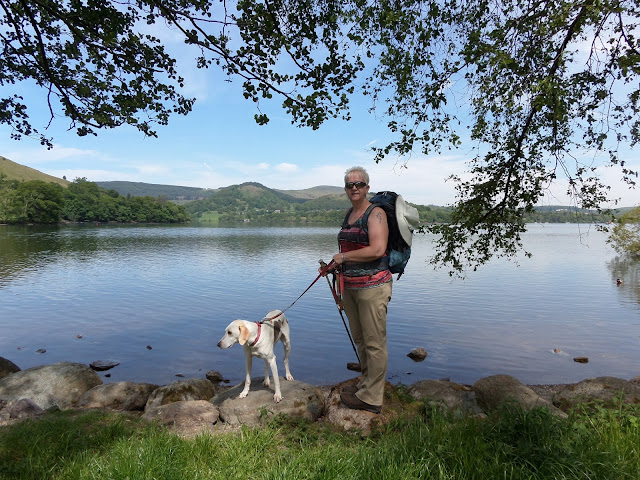 Just off the ferry and starting our bimble along the lakeside 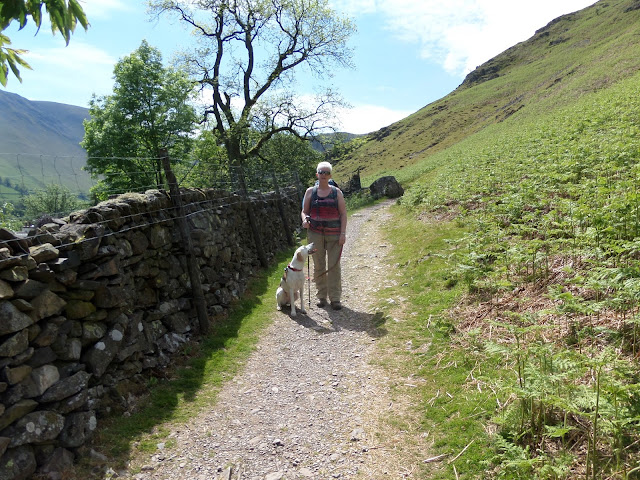 At the beginning of the walk there was a very obvious and defined path to follow,
nice and even 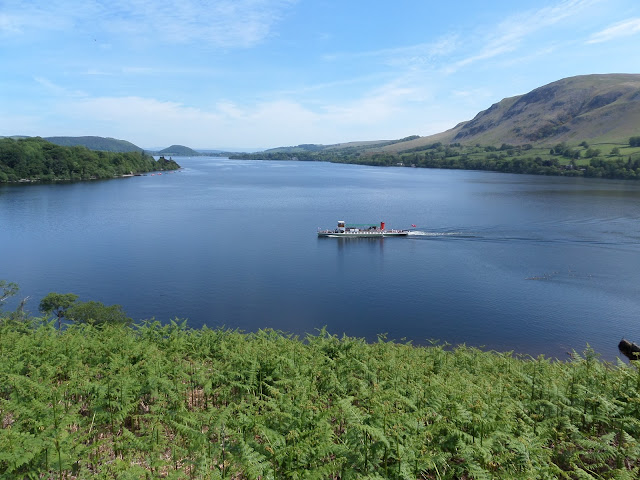 The Lady of the Lake heading back to Pooley Bridge 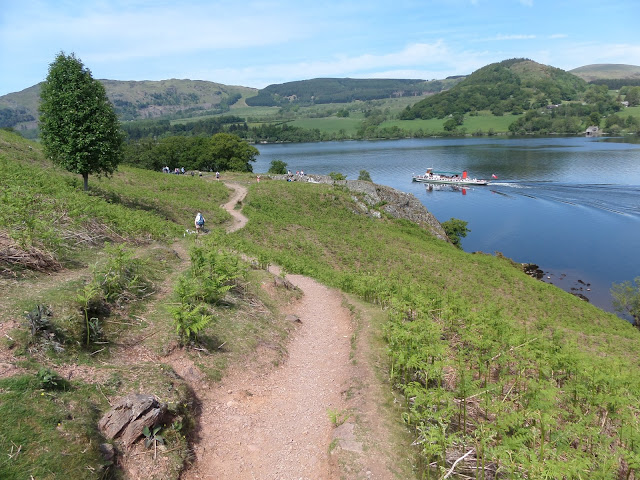 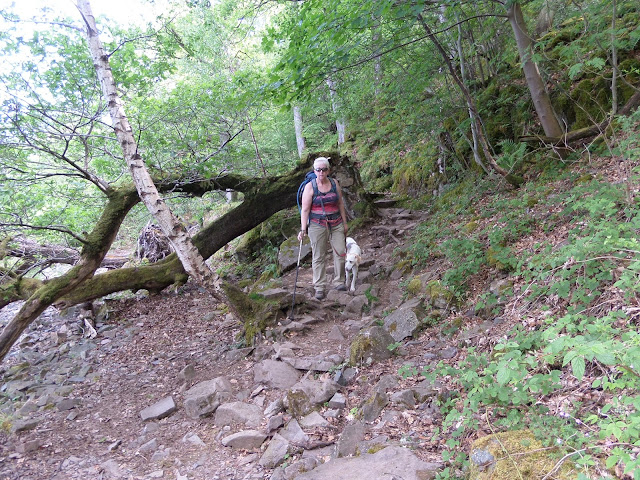 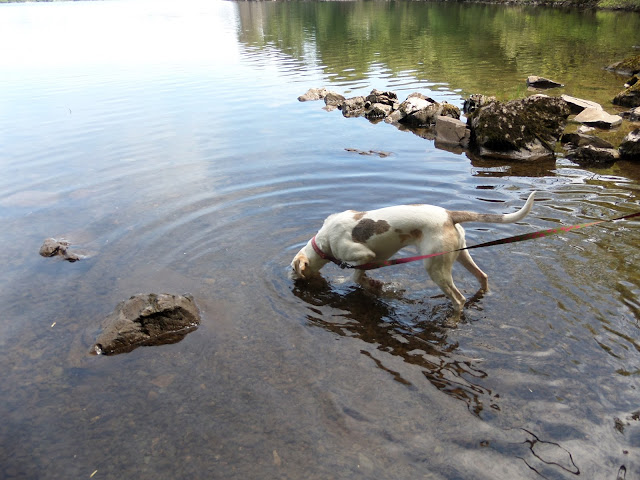 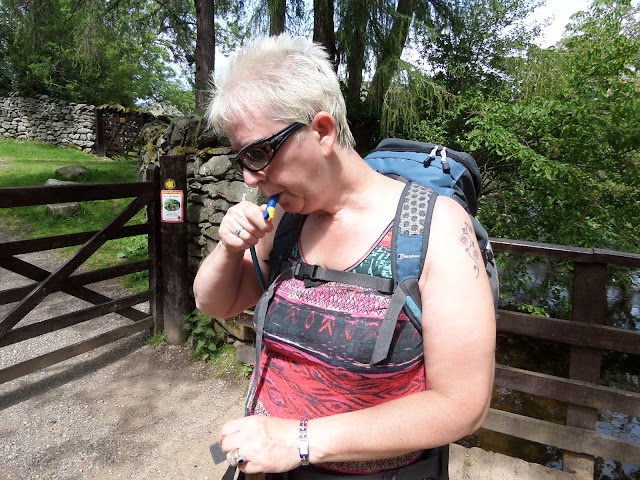 Thank goodness for hydration packs - nice, cold water
(well cold for a short while anyway).
I always drink between 1.5 to 2 litres of water on a walk 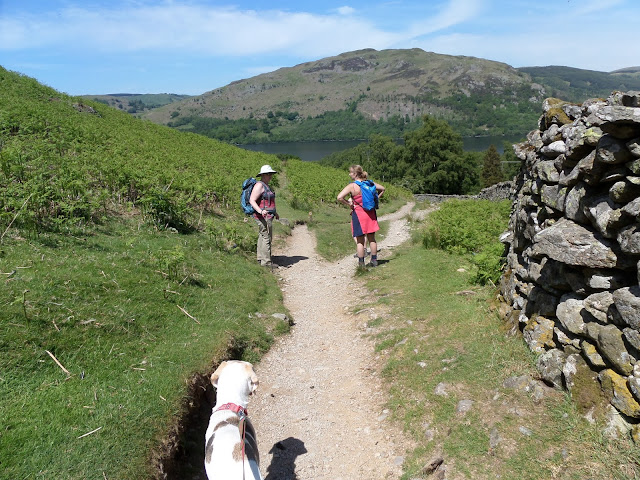 Having a chat with a fellow walker 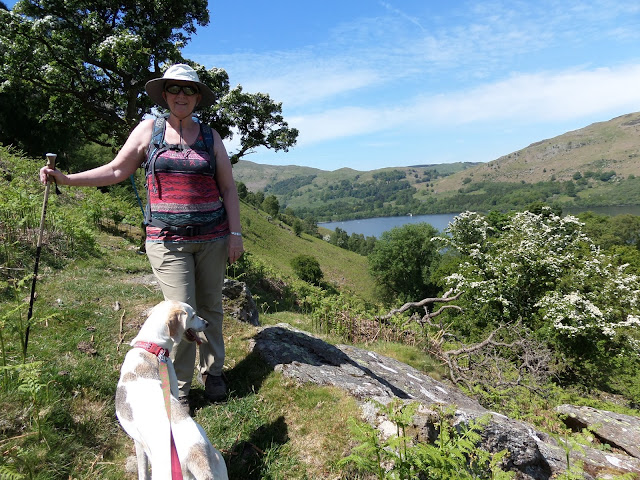 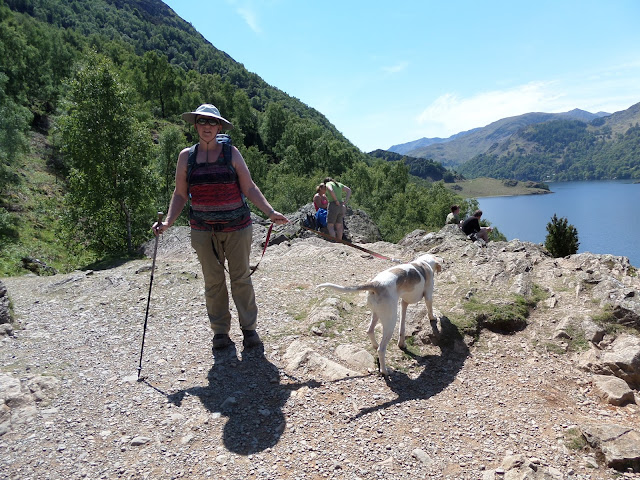 Heidi's scenting abilities told her that sarnies or other such delicacies were being eaten here and it was her duty to try to snaffle them! 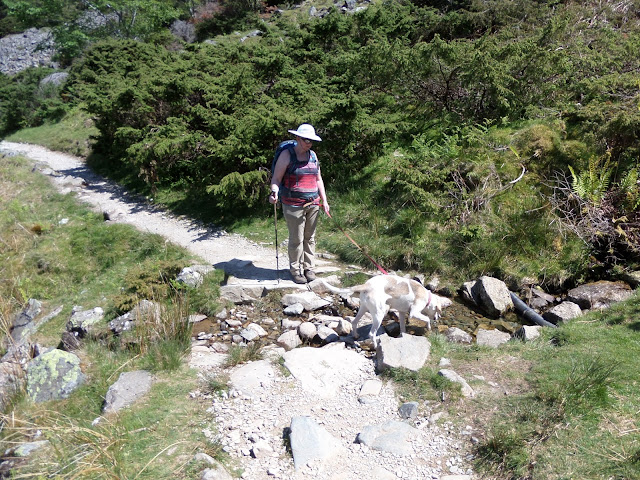 This was a fairly level walk with only a few uphills but that still meant we would have some steady downhills at times.  If you're a regular reader of my blogs you might remember on the previous week's walk to Nethermost and Dollywagon Pikes that I fell down and luckily didn't injure myself too badly.  Well, it happened again on this walk.  This time I came down with such a crash and hurt my ankle, both my wrists but worse landed on my knee and I ended up with loads of gravel and stones embedded in it. I have to admit it took the wind right out of my sails and makes me wonder how children jump up after a fall like this and act as though nothing has happened.  After sitting for a while, composing myself and washing my gashed knee and picking and scraping out the gravel, I hobbled back to the car very slowly, aching more and more with every step, hanging on to the Hubster's arm for stability.  Oh and also I ended up with a big, gaping hole in my troosers!!!!! 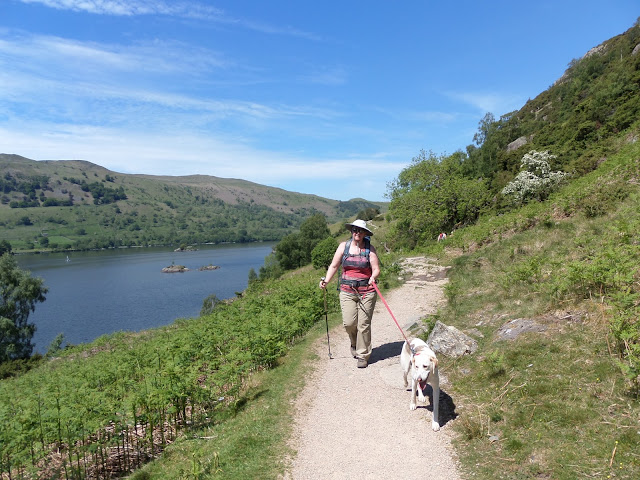 I couldn't tell you how it happened - one minute I was walking happily along and the next I was prostate on the ground.  I think it could have been a combination of being really tired due to the heat and thinking that I was balanced and steady on my feet! 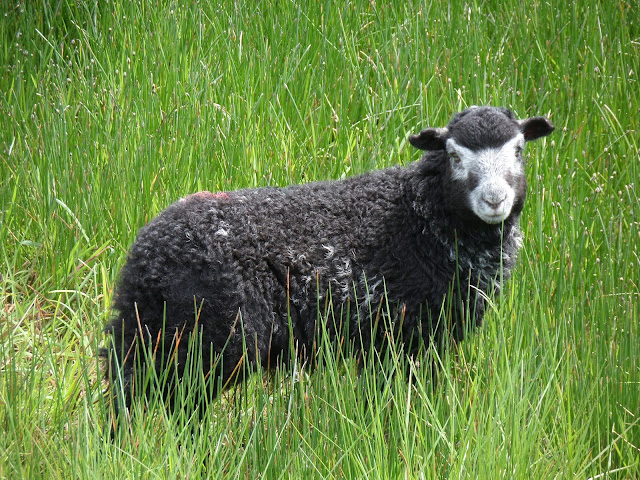 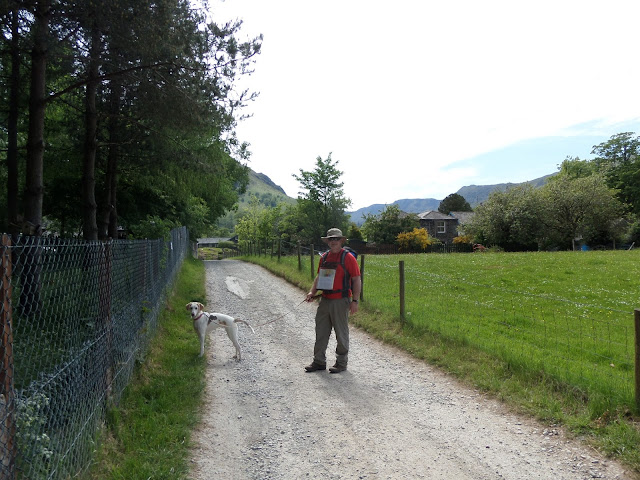 Apart from my little accident near the end, this was a very lovely walk and I would recommend that if you want a low level, easy bimble, then give it a go, but don't be like me and be complacent about your abilities - watch your footing in case you come a cropper!

Time taken - About 4 hours but this depends whether you fall down or not!