On our return from our trek in Cuba (blog to follow at a later date)  we decided that we would continue to raise money for Breast Cancer Care and registered for a "local" walk (Ben Nevis) taking place on Sunday 26 October 2008. 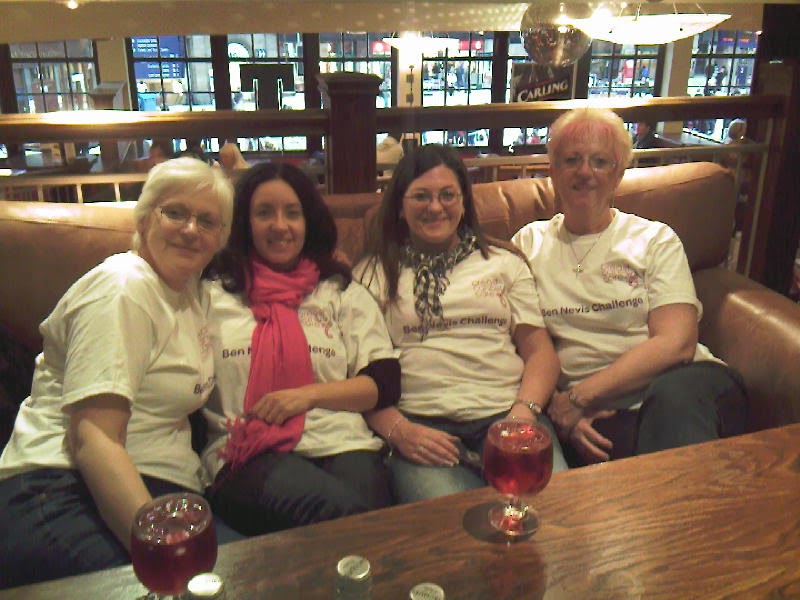 Pat, Claire, Claire and myself (Brenda taking the photo)

Myself, my sister Pat, best friend Brenda and two niece-in-laws (the Claires) all set off from Newcastle railway station heading to Glasgow where we were picked up by the walk organisers and transported by bus to our hotel in Fort William where we would meet our fellow walkers and be told of the plan for the next day when we would be walking.

There were two groups - one would be walking on the Saturday (the day we were arriving) and we would be walking on the Sunday which also just happened to be one of the Claires' birthday's.  It also gave us a chance to chat to the people who came back from the walk which, unfortunately due to the extreme weather, only got half way up the mountain as they had to turn back due to safety reasons.

We were up with the larks and had a hearty breakfast and given our packed lunch.  We were transported to the base of the mountain, which as a lot of people know, is a very busy place as it's where most "tourist" walkers and other charities all start walking from.  There were about 20 walkers in our group and we were accompanied by quite a number of experienced walking guides.  We were told the weather might not be too good later and there was a possibility that we would have to turn back too so on that note off we went. 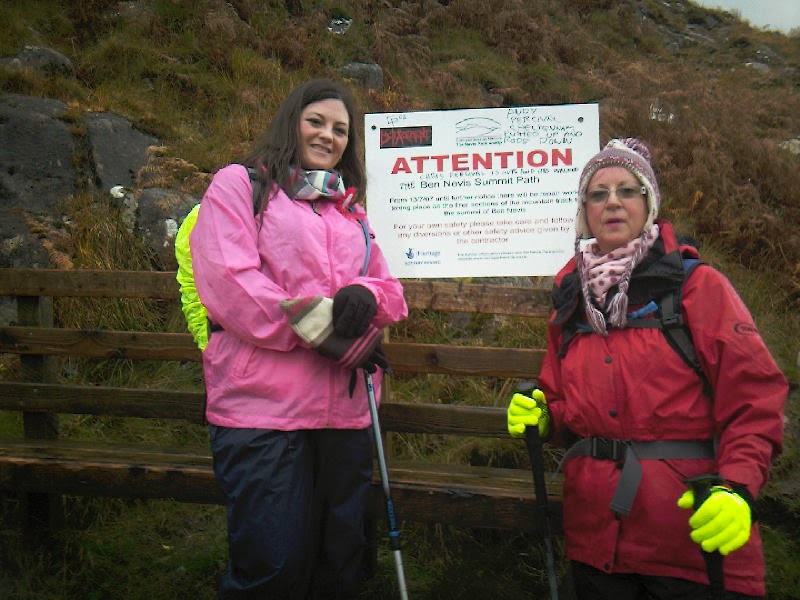 Claire and me - loving my new Sealskinz waterproof gloves

It seemed as though we encountered every single type of weather possible all in one day!  It was cold and frosty as we started off then after walking about an hour it got out with blue skies and sunshine but not more than another hour later it started raining, turning to hailstones, sleet then full on snow!

About half way up the mountain the guides decided that we couldn't continue to the top because of the bad weather but that we would skirt around to the north side, over a river then come back down valley.  It was an extremely hard walk due to the weather conditions and at times when it was windy and hail-stoning, it felt like there were needles being stuck in my face!

We stopped a few times for energy snacks, which we needed and apart from stopping for lunch, we kept going. 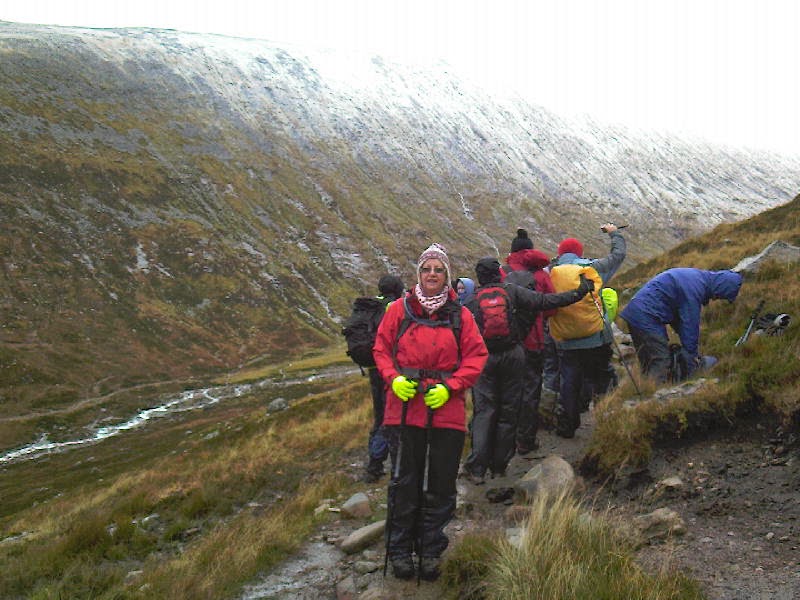 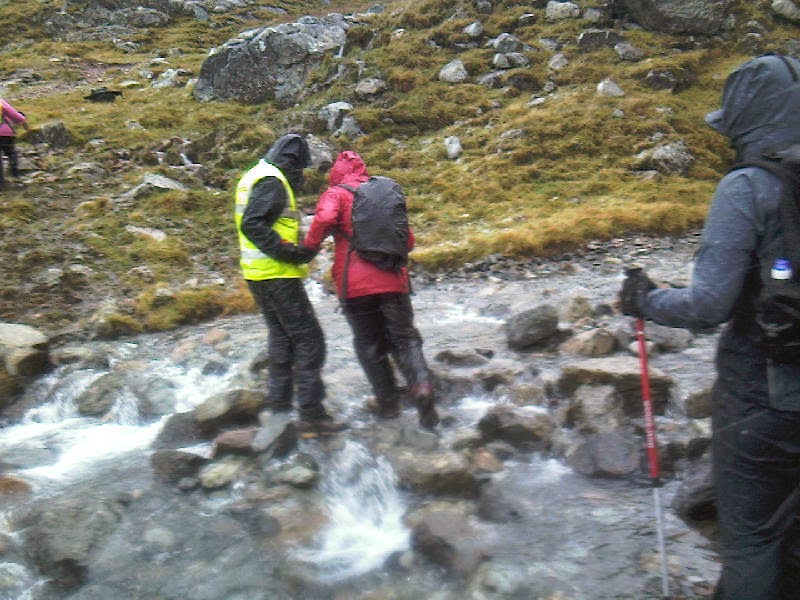 At our lunch stop the guides brought out some tent-like shelters that had room for about 8 people in each one so we had somewhere relatively warm and sheltered to eat.  It was at this time that Claire, whose birthday it was, retrieved from her rucksack a couple of bottles of Cava and some plastic cups and proceeded to give some to everyone in our shelter.  We gave a rousing rendition of "Happy Birthday" then packed up and continued on our way down the valley.

It was a long, hard slog back down but the lower we got the better the weather got and by the time we were back to the bus it had stopped raining and once again blue skies and sunshine! 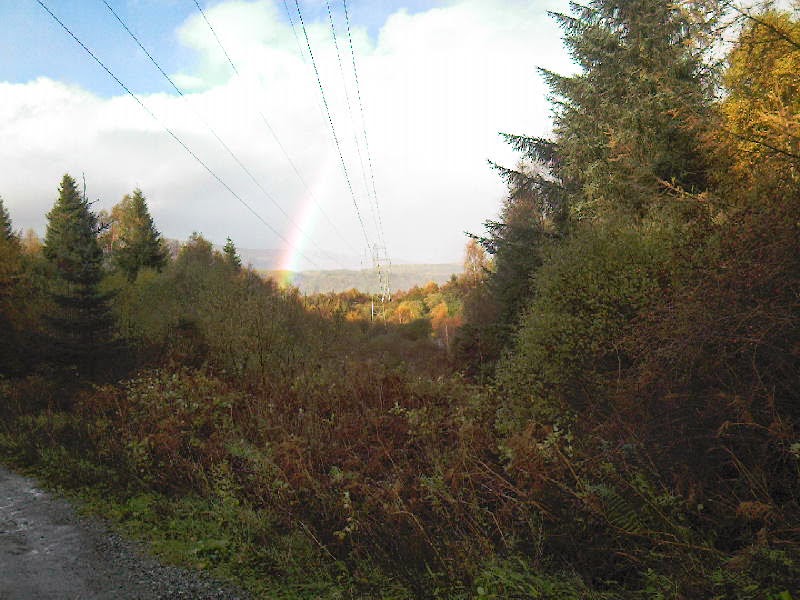 I have to say that when we got back to the hotel me and Pat could hardly walk up the stairs to our room but found it so funny we had fits of the giggles - would we ever do anything as hard as this again - you betcha!!!

According to one of the guides, a walk like this would expend around 7,000 calories - no wonder we all felt starving and enjoyed our evening meal, plus birthday cake of course! 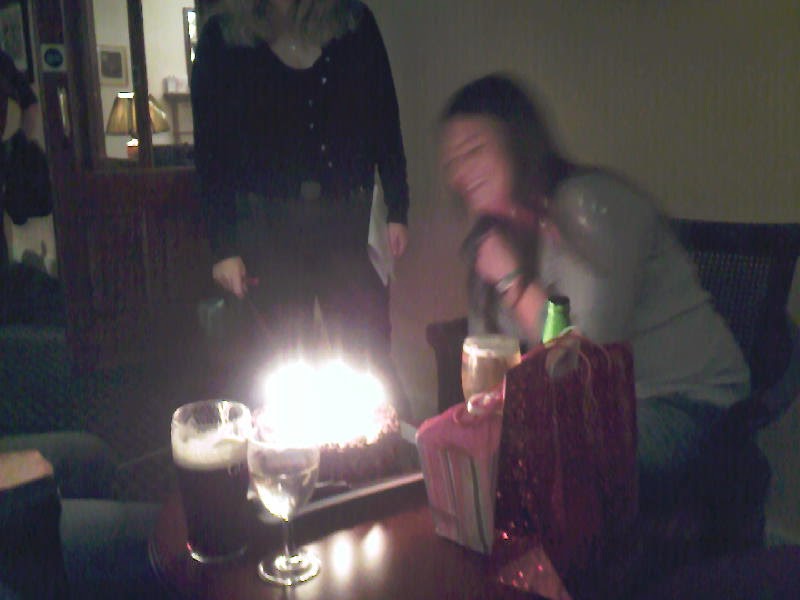 The next morning we had breakfast and bussed back to Glasgow for our train back home, stopping on the way at the Green Welly service station for a cuppa and a loo break.  It was here that some of us bought "mood" rings that change colour with your "mood" lol and I wore mine continuously until 2012 until mine gave up the ghost and wouldn't change colour any more.  LOL that could mean I'm always in the same good, happy mood all the time though I suppose.