We (myself, my sister Pat and two neice-in-laws, affectionately know as "The Claires" ) had been fund raising for Breast Cancer Care (BCC) since July 2006 and by April 2007 the time had come for us to depart on our adventure of a lifetime, and head for Beijing, China.

Apart from the usual holiday travel to places in europe, China was the furthest place from home we'd ever been and due to the reason for going there, we were all filled with great excitement but also a little bit of fear.  What had we let ourselves in for?  Apart from speaking to someone who had done this trek before who told us it was the best experience she had ever had in her life, we really had no idea what to expect.

After travelling to Heathrow Airport we were met by our BCC tour reps who sorted all out tickets/seating arrangements for the flight so after a 10 hour flight we finally landed at Beijing and were transported to our first overnight stay in a lodge near THE wall. 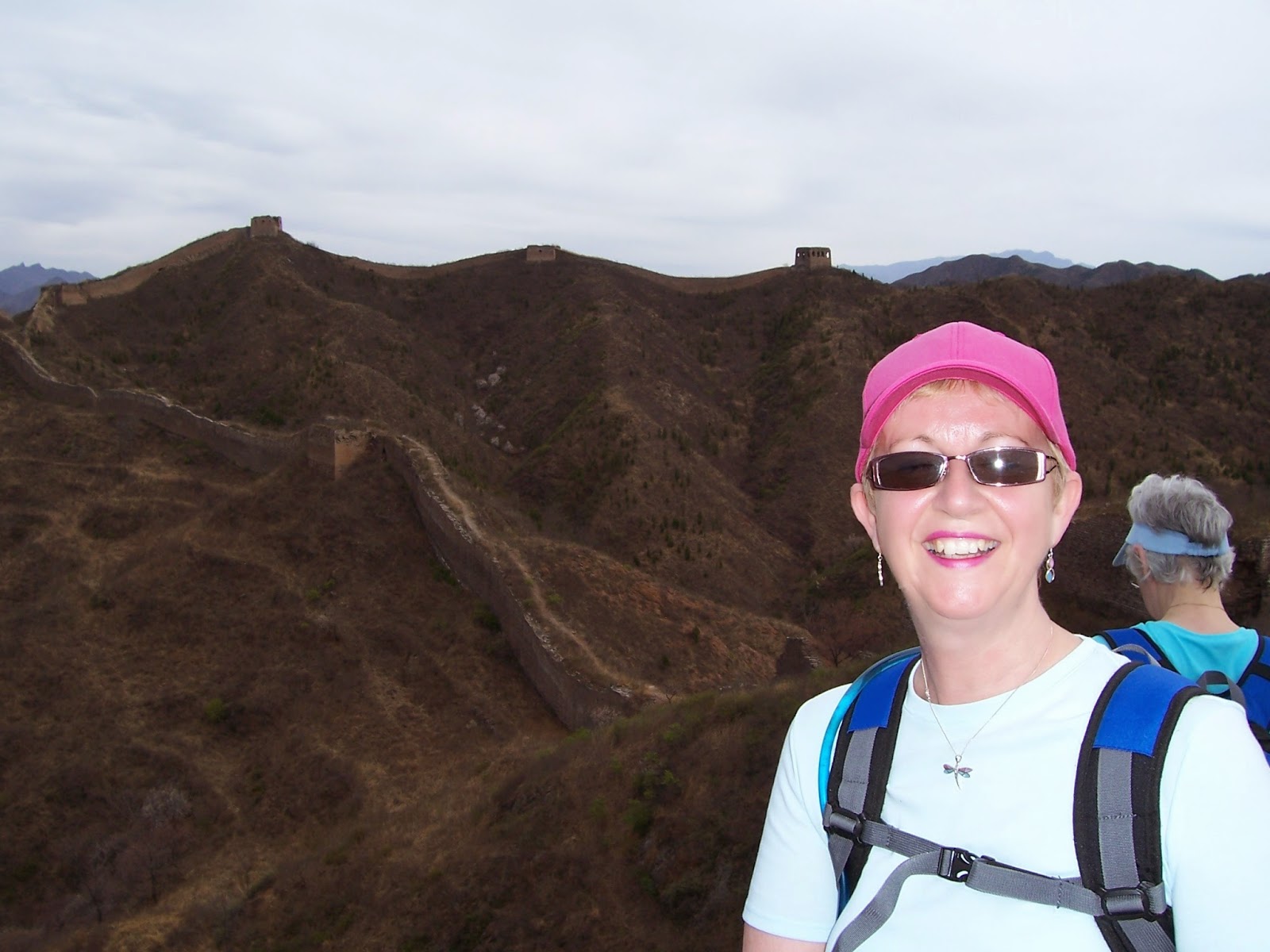 To sum it up, we had the most fantastic but exhausting time.  Our first day started by climbing very steeply uphill, passing watchtower after watchtower along a very rough and stony path with uneven steps until gradually, it leveled off and began to descend again. In contrast to the renovated section nearby, this un-renovated part of the Wall is little visited.  The terrain on this day was quite tough due to parts of the Wall being worn down over the centuries but our efforts were rewarded with stunning views. 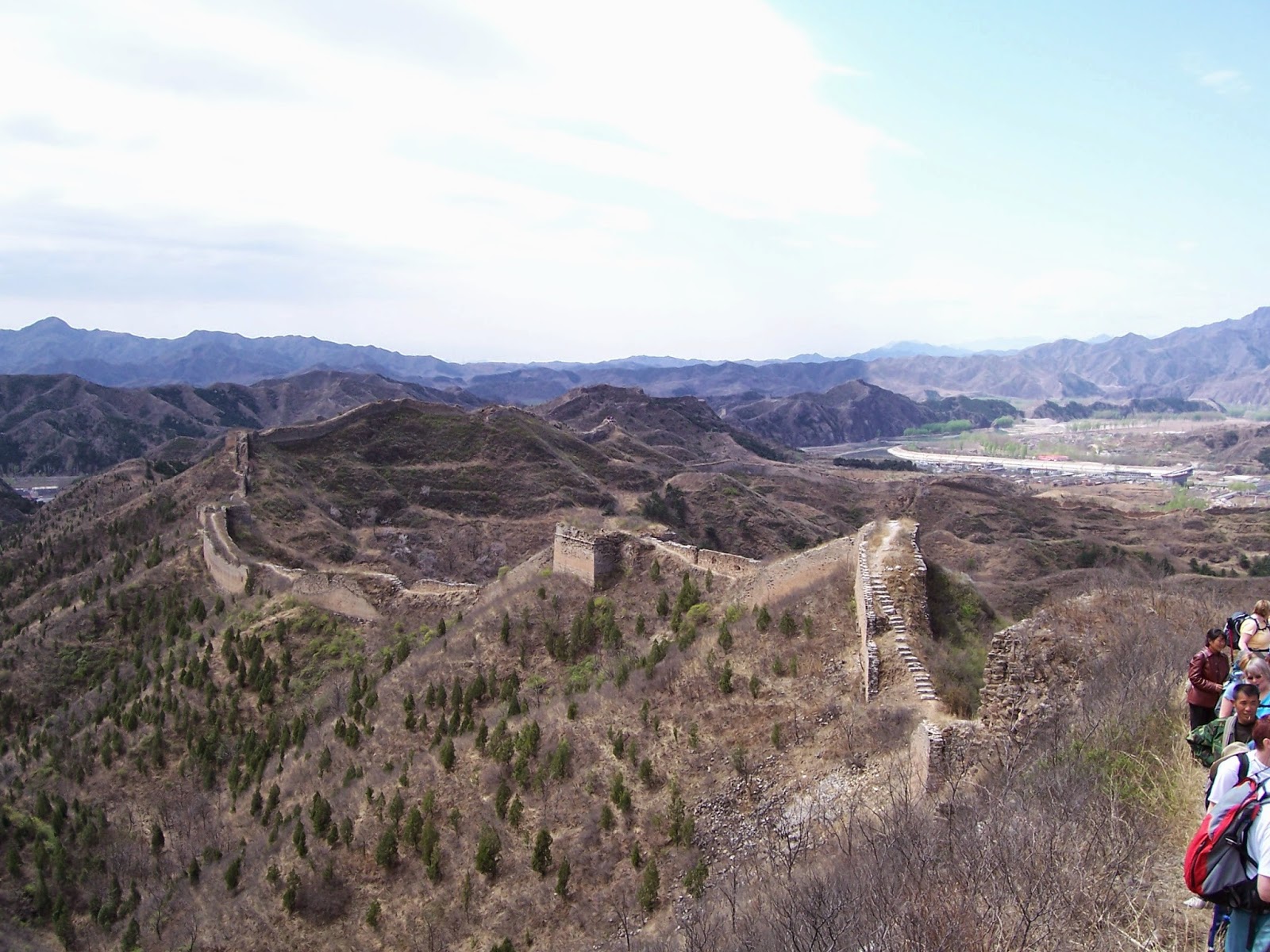 What made it so difficult on a lot of the days was the difficulty in picking your way over completely eroded parts of the wall with very uneven sizes of steps!

They say a picture says a thousand words so have a look at the two below and see how different it can be from one minute to the next! 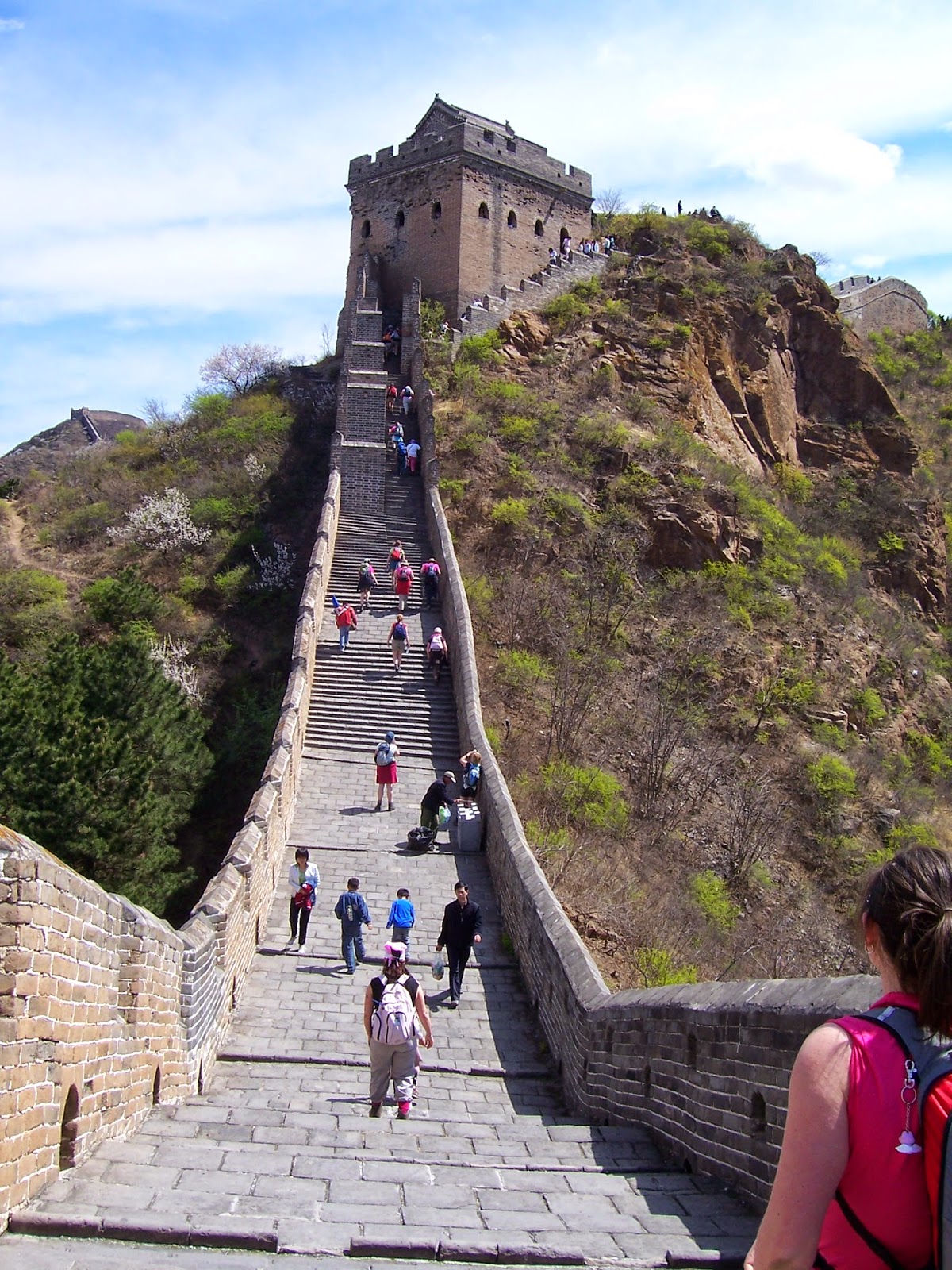 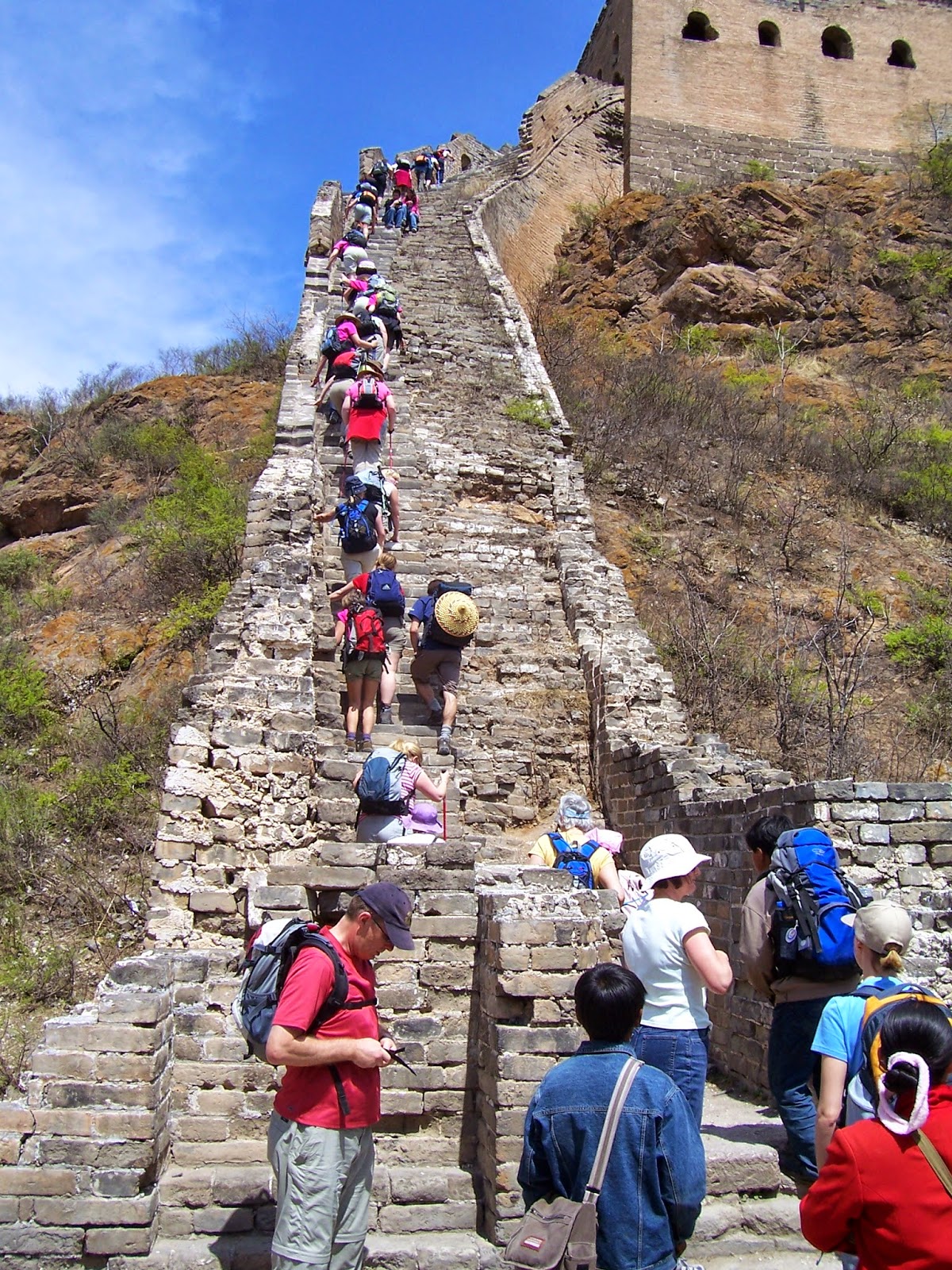 One of the days involved crossing a wire bridge and we had to smile at the warning notice on the wall.  This was only at one end of the bridge so had we seen it before we crossed,  due to everyone's "confused states of mind", we probably wouldn't have been allowed on haha ! 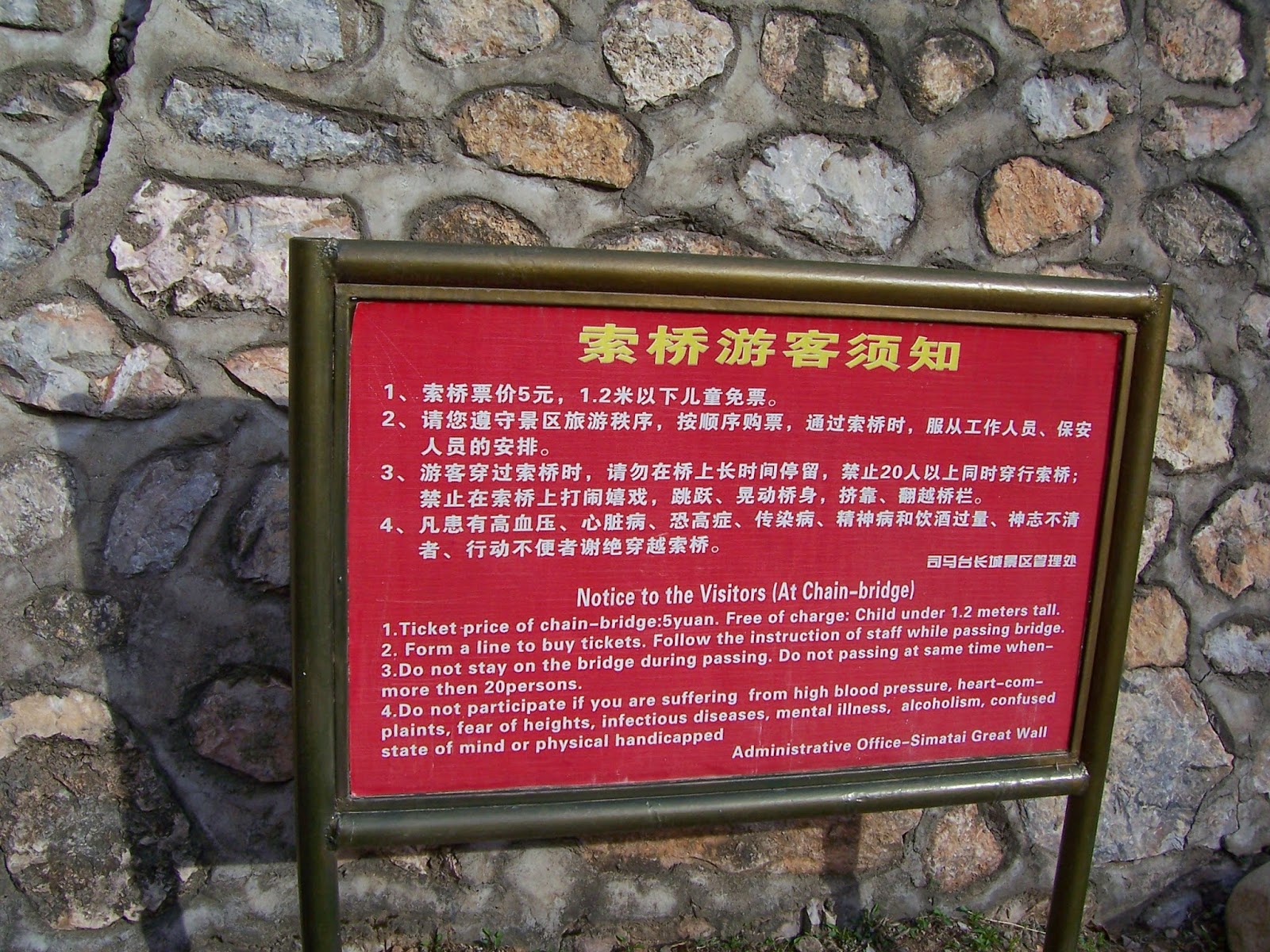 Some of the trek took us through villages which really opened our eyes to the conditions some of the rural villagers had to live in.  We just take modern conveniences  for granted and it was awful to see that the local river was used as the local rubbish dump, as well as the place the people bathed and washed their clothes.  The worst thing was seeing a dead pig in said river! 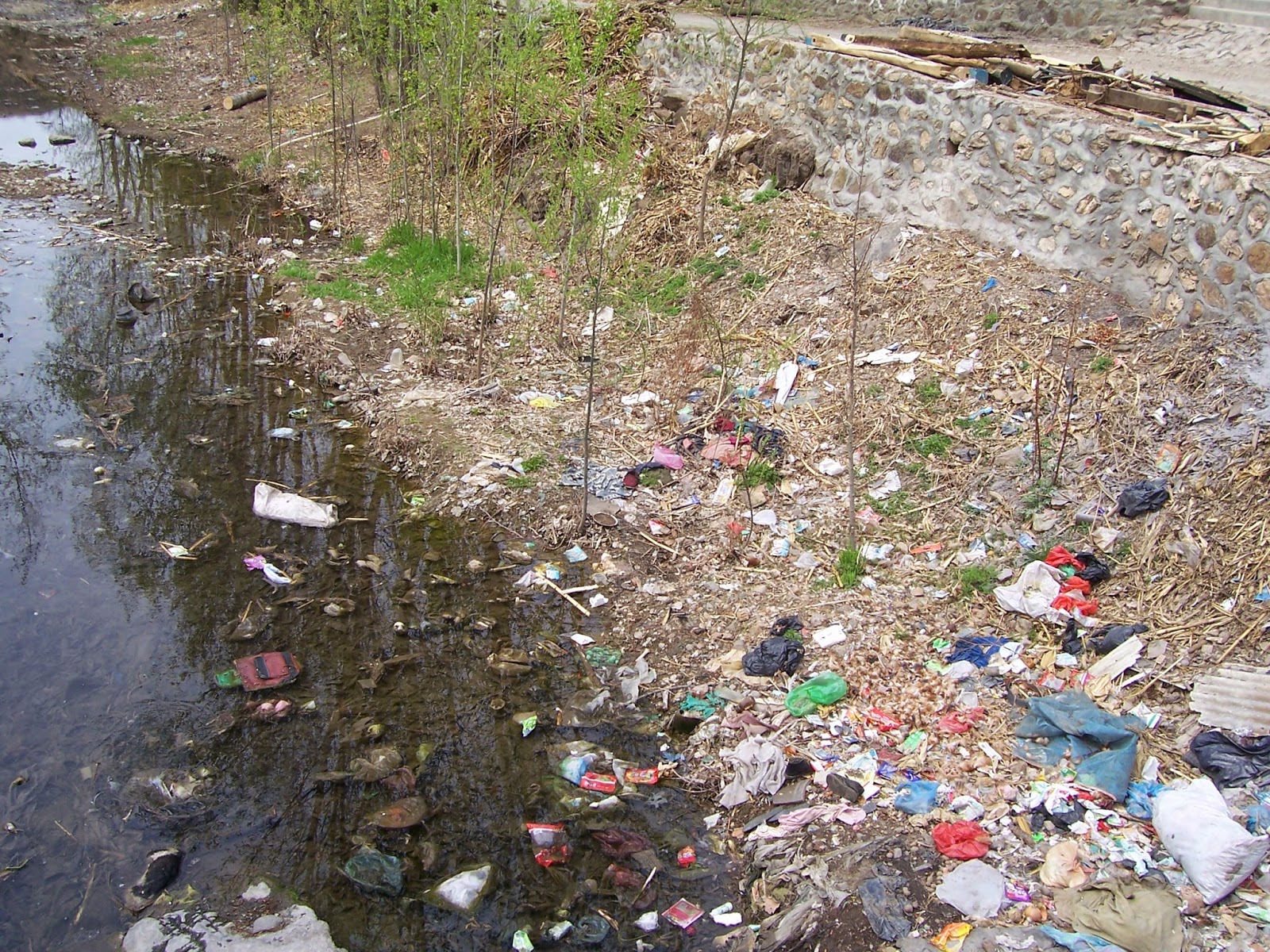 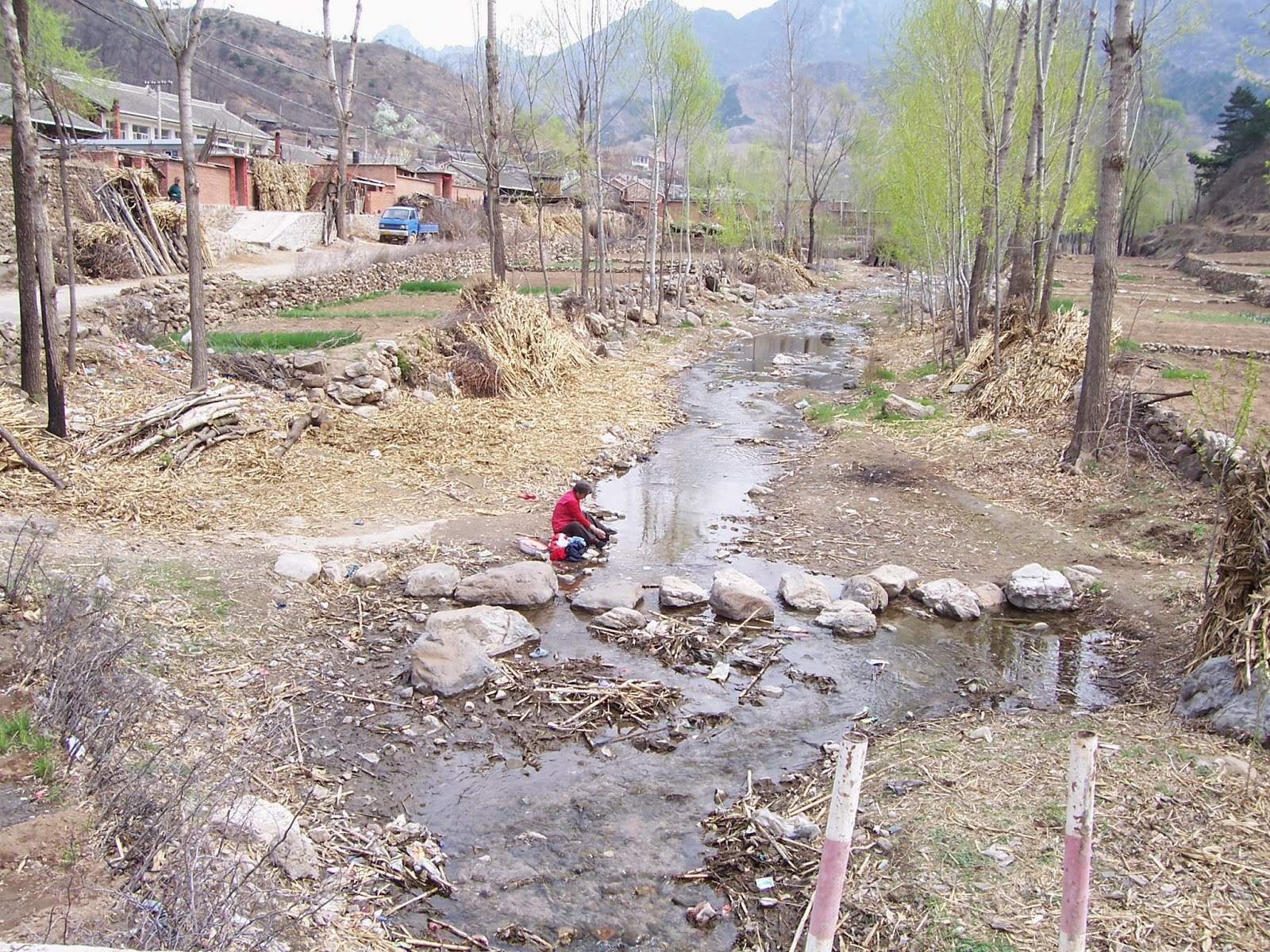 The trek was at that time the best and hardest thing I had ever done in my life.  For all we had "trained" for this, we could never have imagined how hard it would be.  Having said that, I'd go there and do it all again tomorrow if I had the chance.

At the end of the trek we had a day in Beijing and visited the Golden Palace and Forbidden Gardens after which we had a gala dinner to celebrate our achievements. 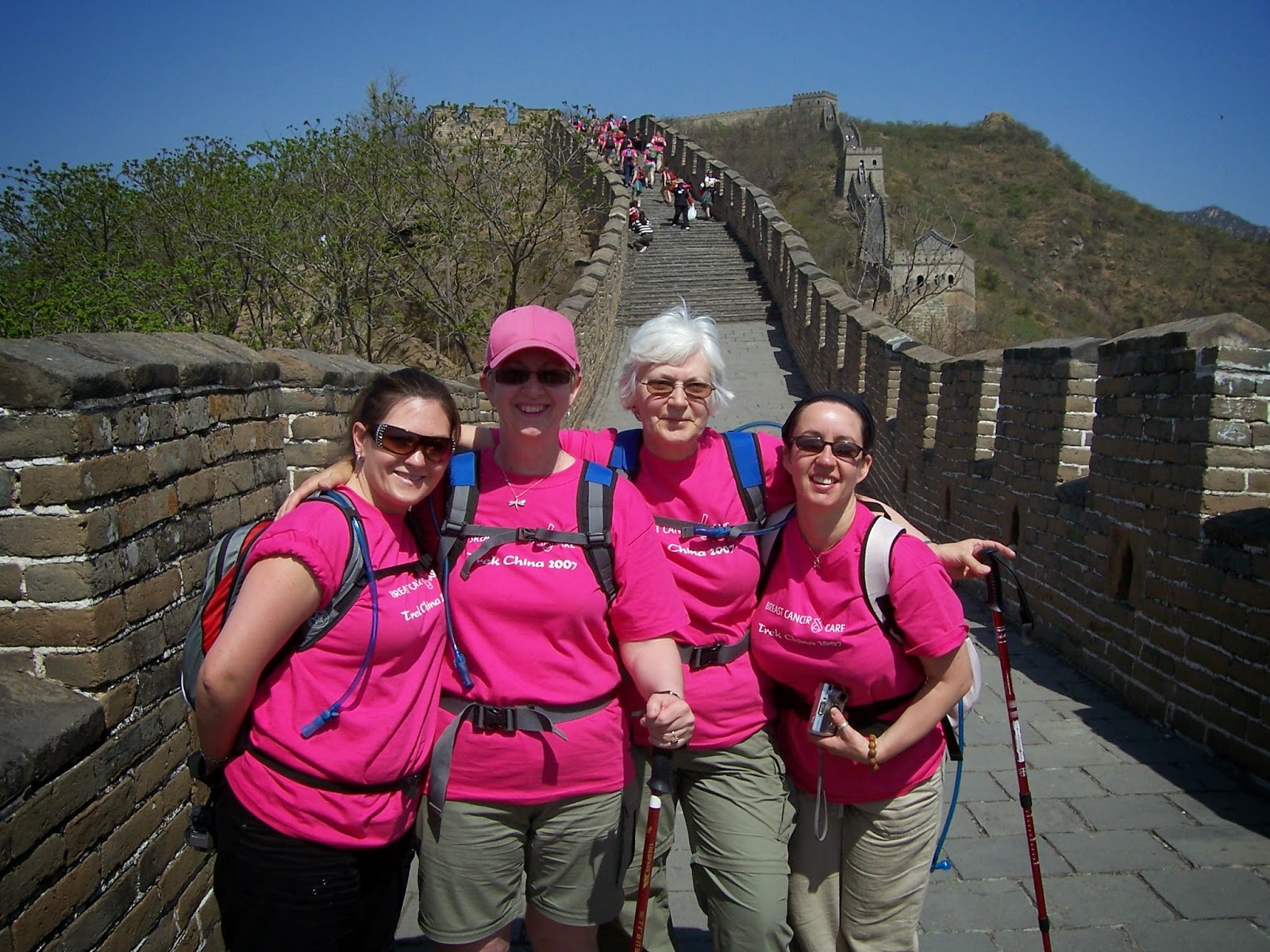 The End of Our Trek 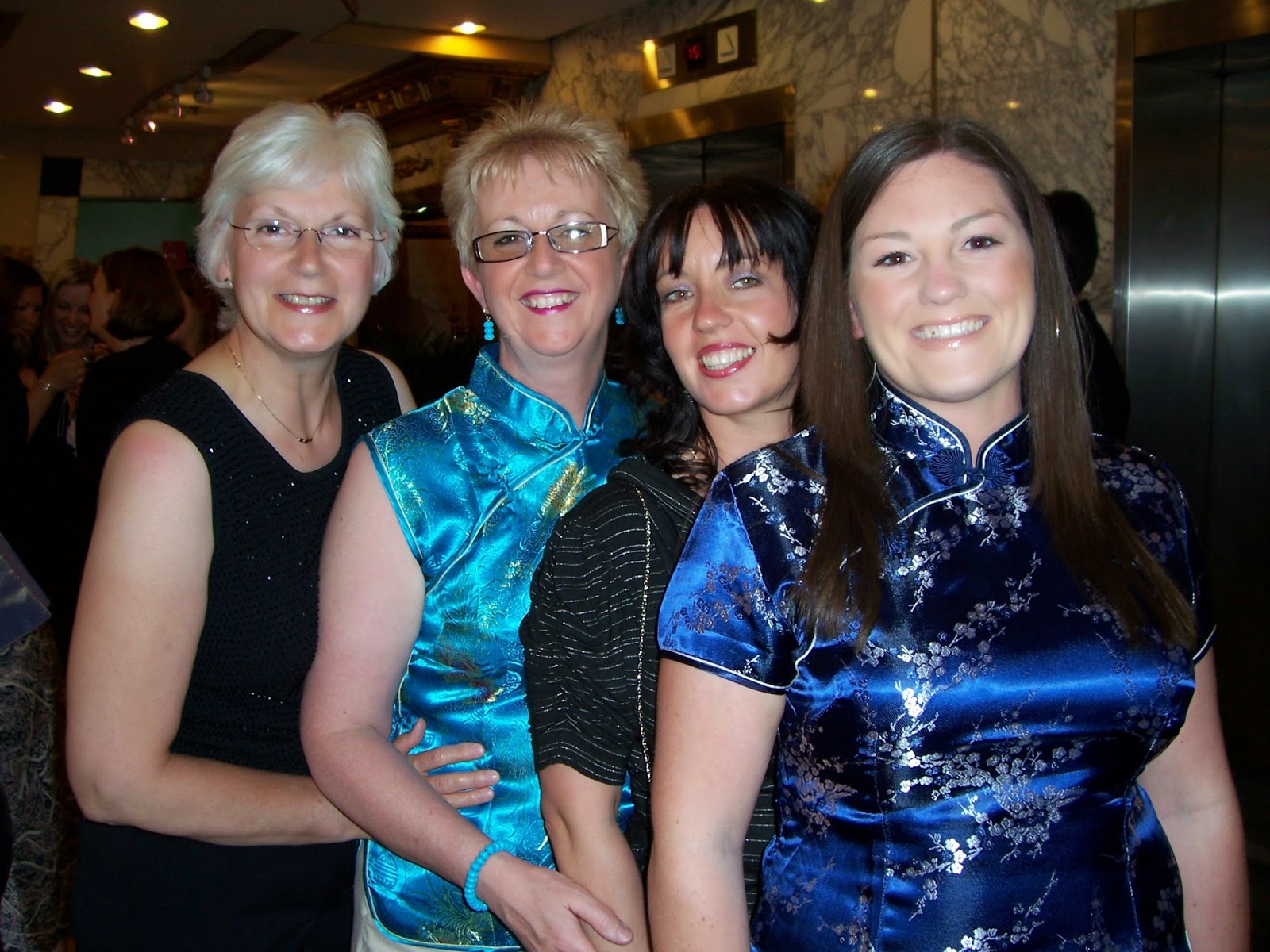 The following day most of the group flew off home but we decided to pay for an extra few days to go to Xian and visit the place where in 1974, 6000 life-size terracotta soldiers, warriors and horses were discovered in a farmer's field and excavated.  This was completely mind-boggling to see them and to think they had been there for centuries without anyone even realizing they were there! 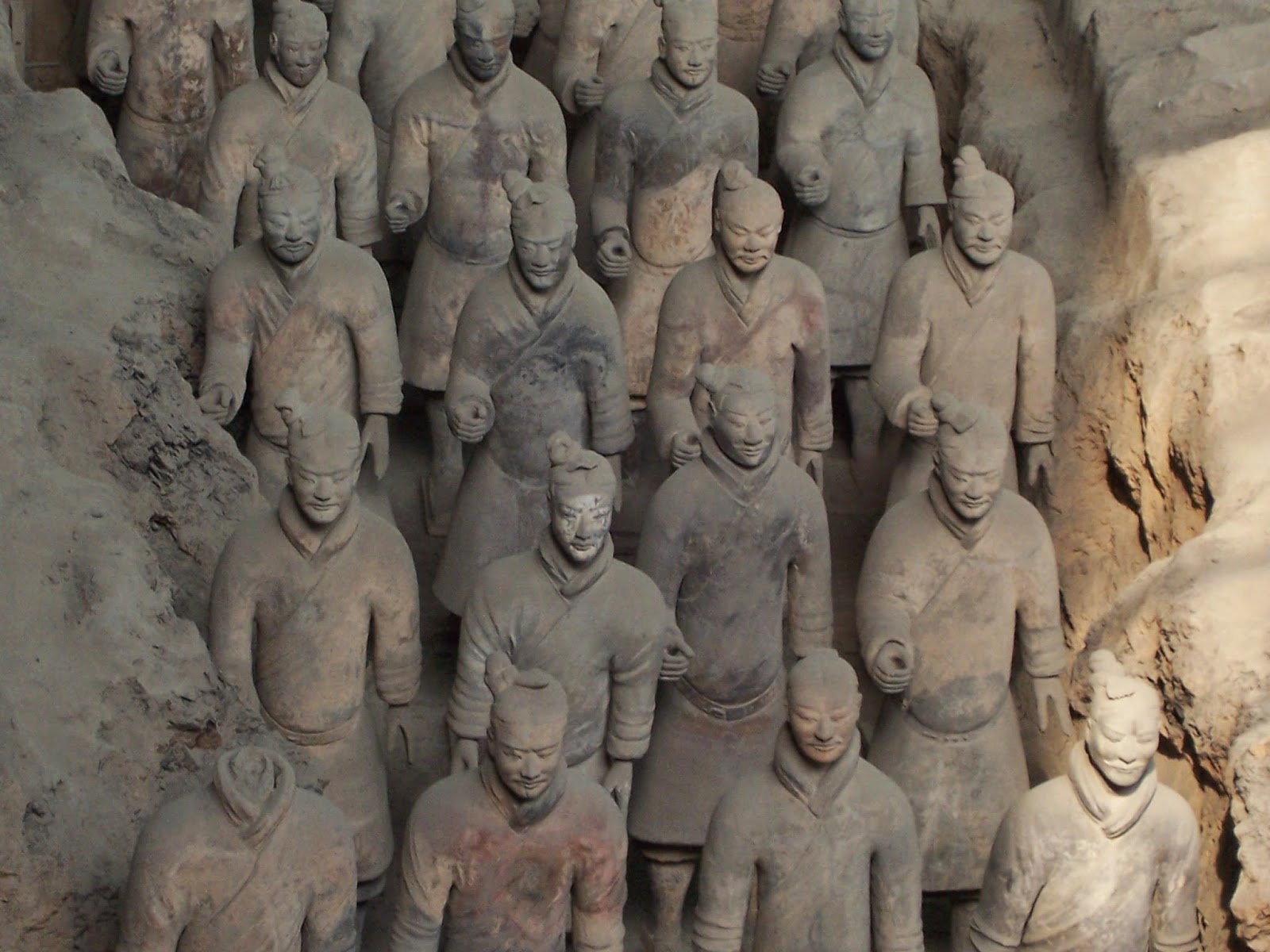 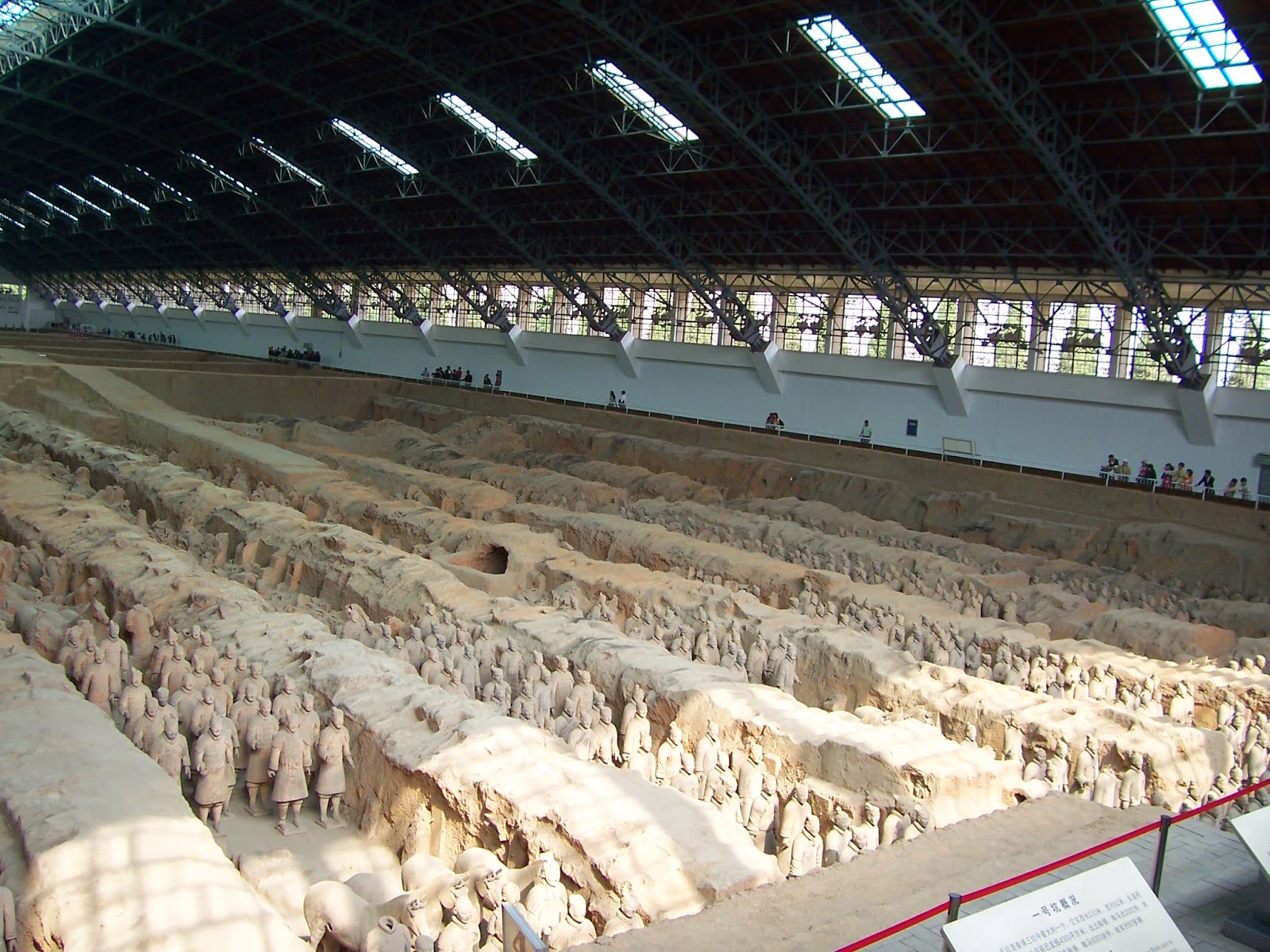 I could probably go on and on about this wonderful trek and our time in China,  but your eyes might start to glaze over (if they haven't already!) so I'll leave it there and hope you'll come back for the next installment about our trek in Cuba in November 2008.

Speak to you soon I hope.