Having had the most brilliant time during our Breast Cancer Care charity trek in China in April 2007 we decided to carry on raising money for this fantastic charity and take part in another overseas challenge in Cuba.  Raising money for charity is often difficult but most of the time we had such fun doing it.  Over the years (spanning from 2006 to 2012) we raised around £43,000, in a number of ways such as fancy dress discos, a "Full Length and Fabulous" ball, organising our own charity walks in the Coquet Valley and along the fabulous Northumberland coast as well has having a stall at a local town fayre. 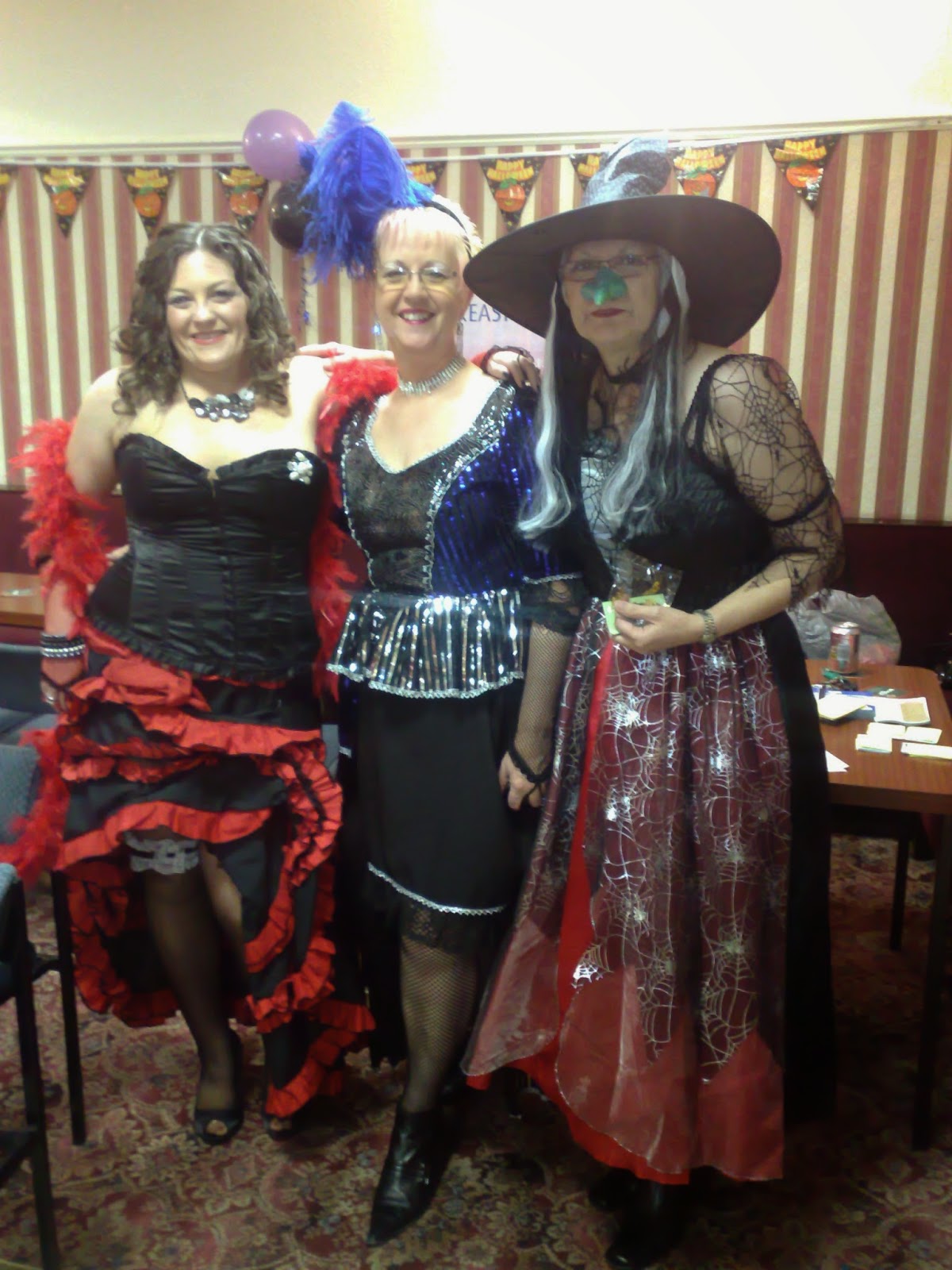 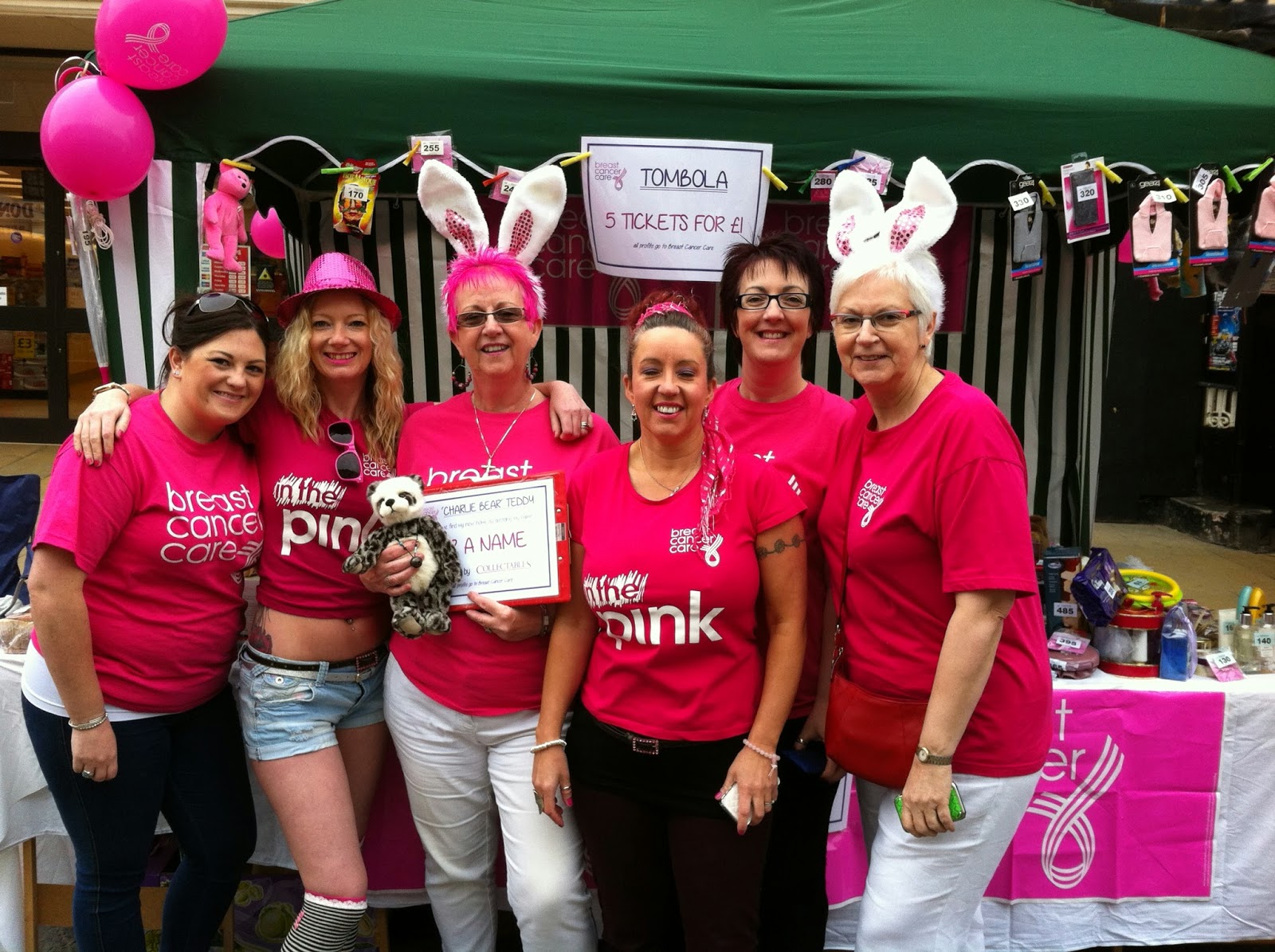 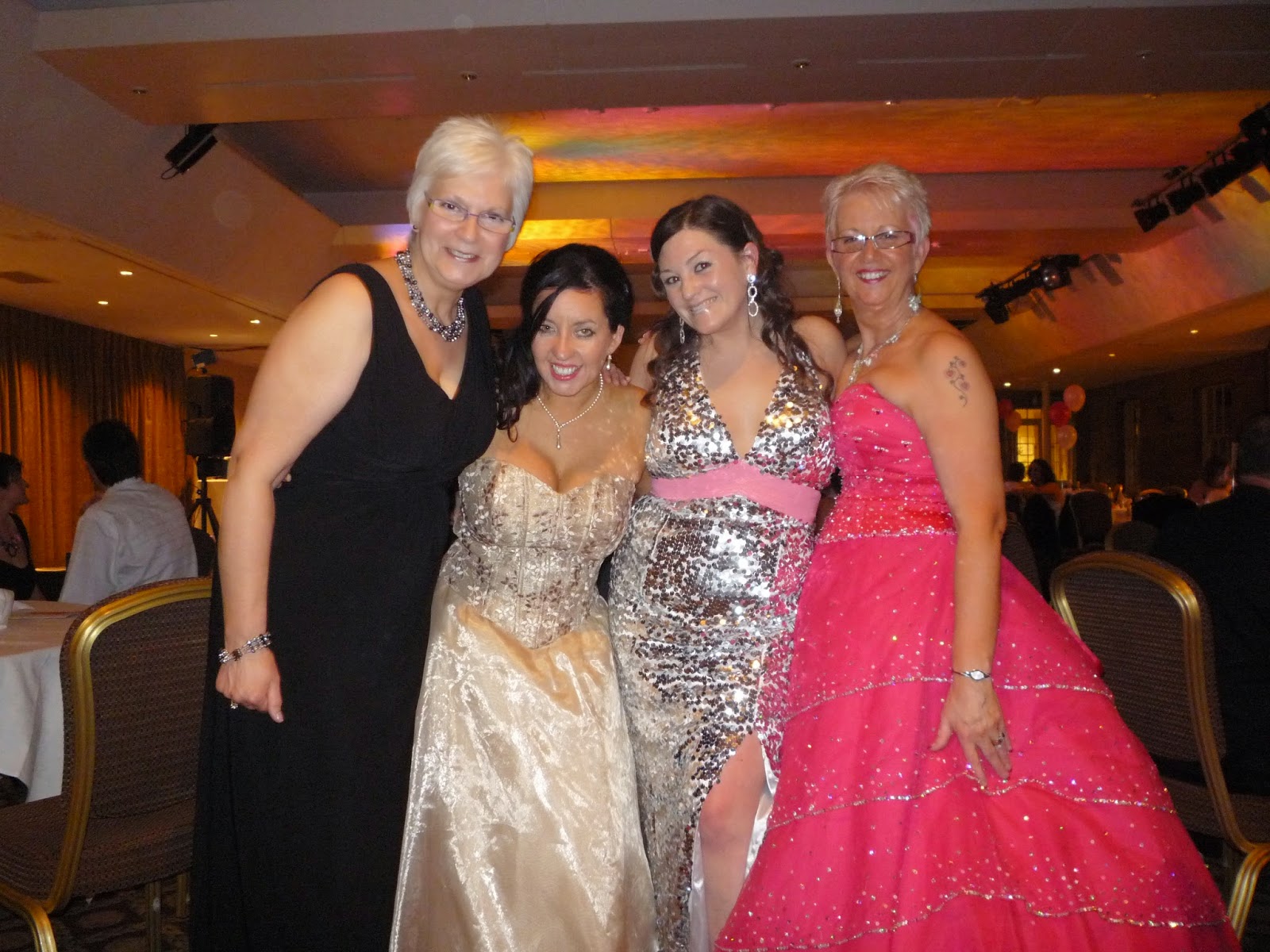 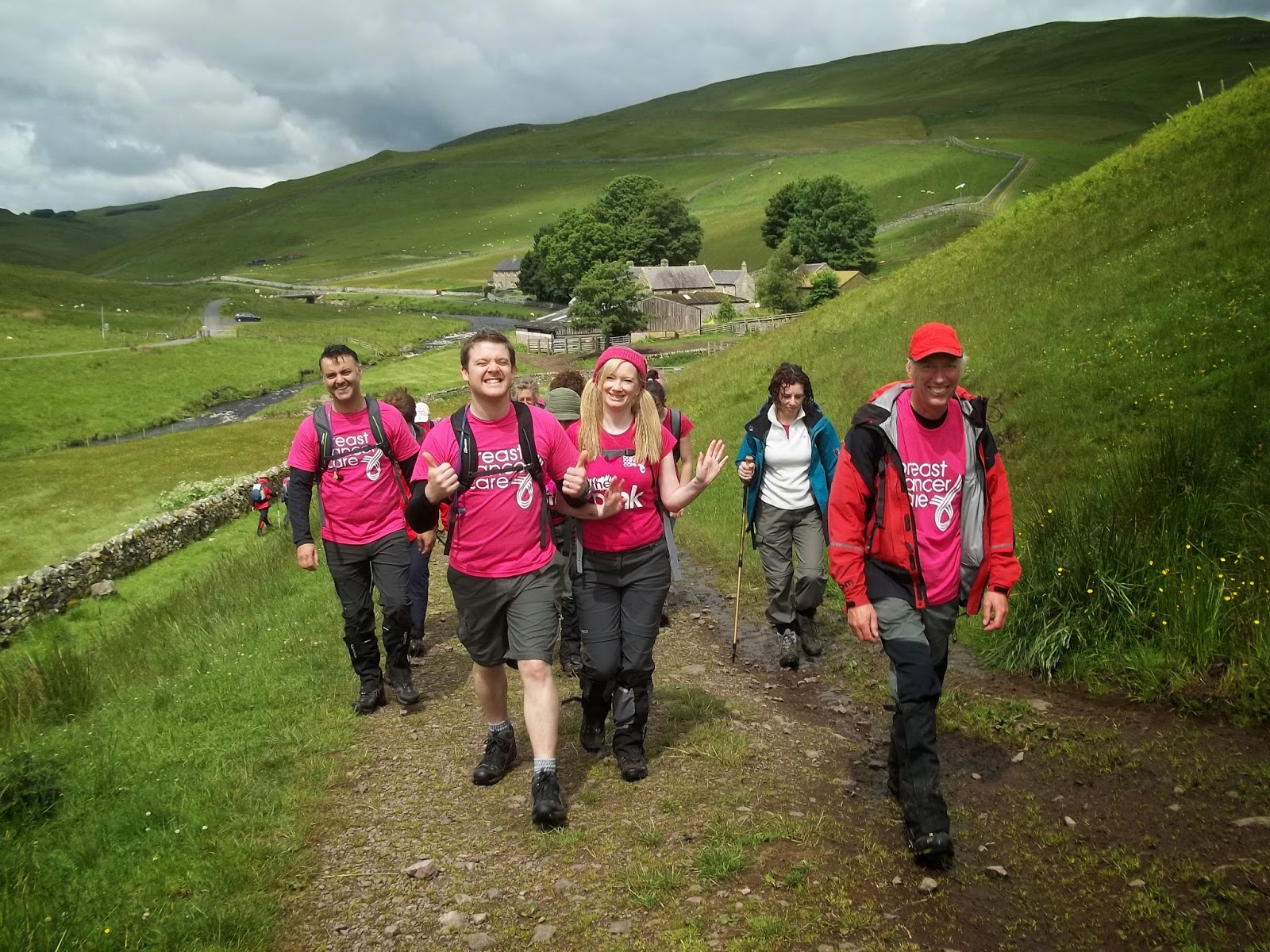 On 23 February 2008 we flew from Newcastle to Heathrow Airport where we met the members of our group as well as our Breast Cancer Care and a trek guide, after which we flew on to Havana in Cuba. We arrived at our first overnight hotel in the dark and went straight to for something to eat then had a group meeting to discuss the events of the coming week after which we collapsed in our beds as most of us had been up since the early hours of the morning.

Our first day in Cuba was a day of acclimatisation so we spent the day sightseeing in Havana and the first place we went to visit was square where the Ministry of the Interior in the Plaza de la Revolución was which has a huge image in steel of Che Guevara draped down it.

This day, 24 February 2008, will always be a memorable one for all the members of our group because it was the same day as Raúl Castro was officially elected as President by the National Assembly, after Fidel Castro, who was still ailing, announced his intention not to stand for President again on 19 February 2008. 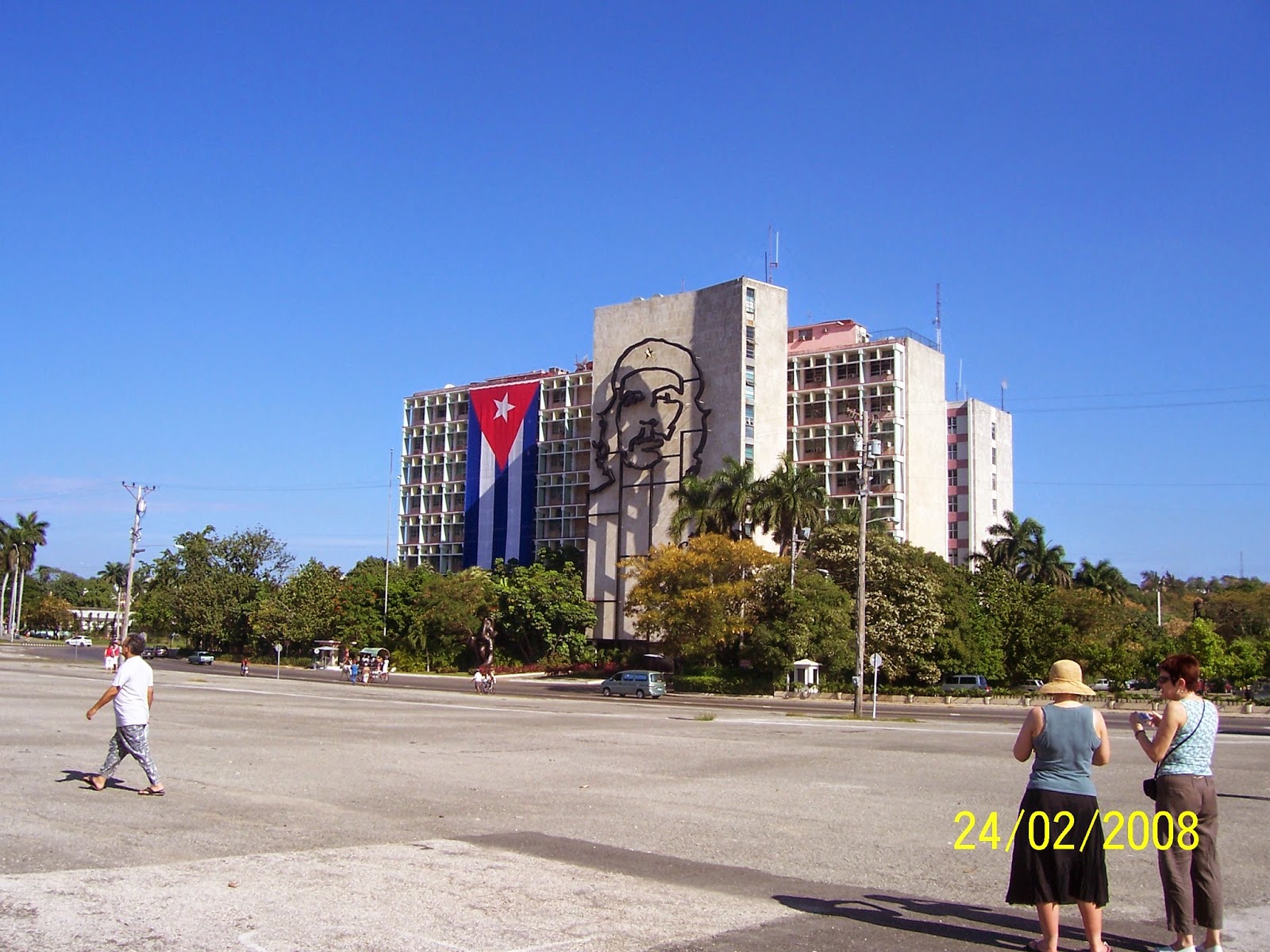 Ministry of the Interior Building 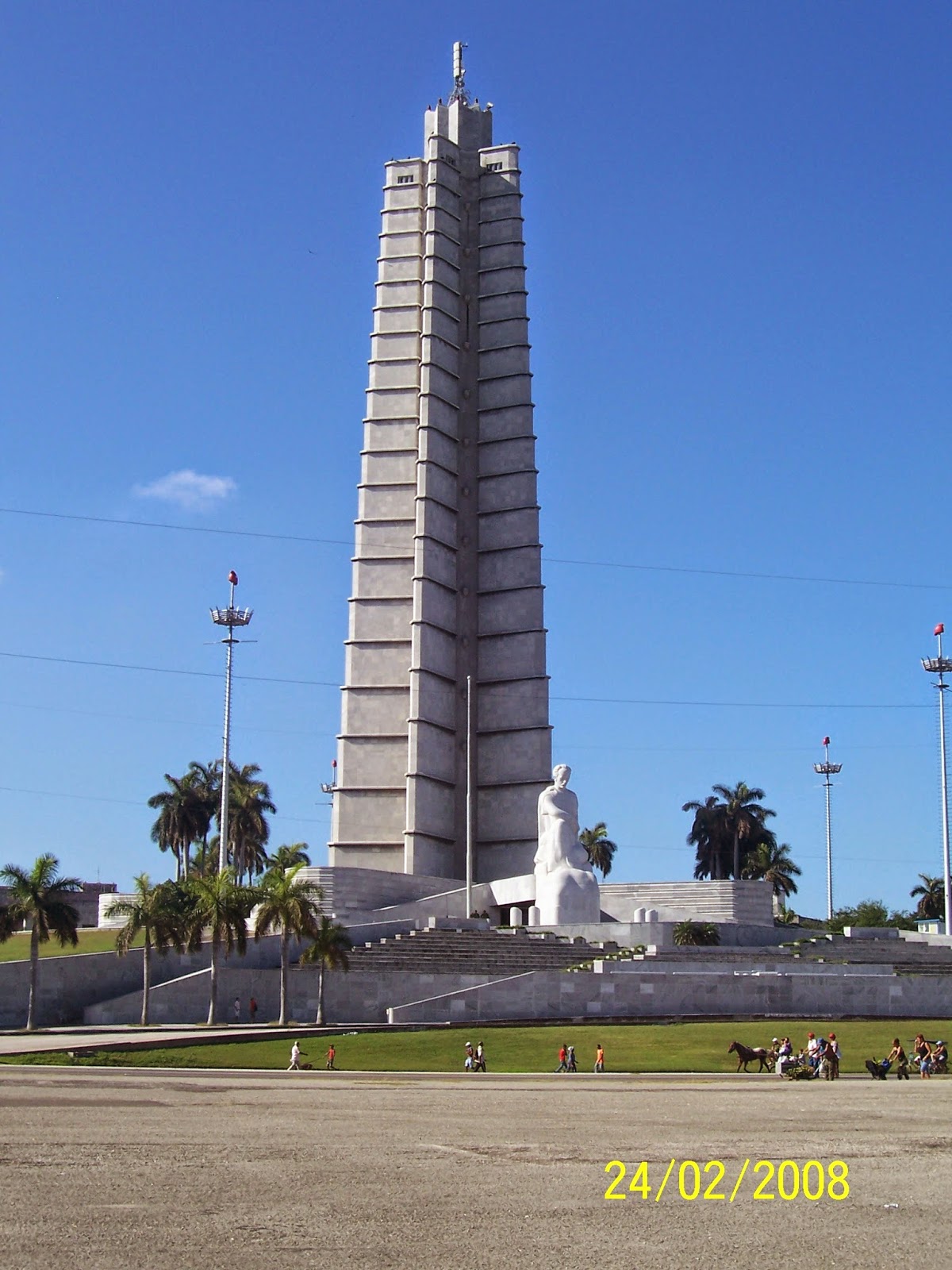 Jose Marti Monument, a memorial to Cuba’s national hero, which is situated on the northern side of the famous Plaza de la Revolucion opposite the Ministry of the Interior

One place we all enjoyed visiting was a rum factory, home of the original Bacardi brand, here we were given a sample of Havana rum mixed with crushed sugar cane.  It was delicious! 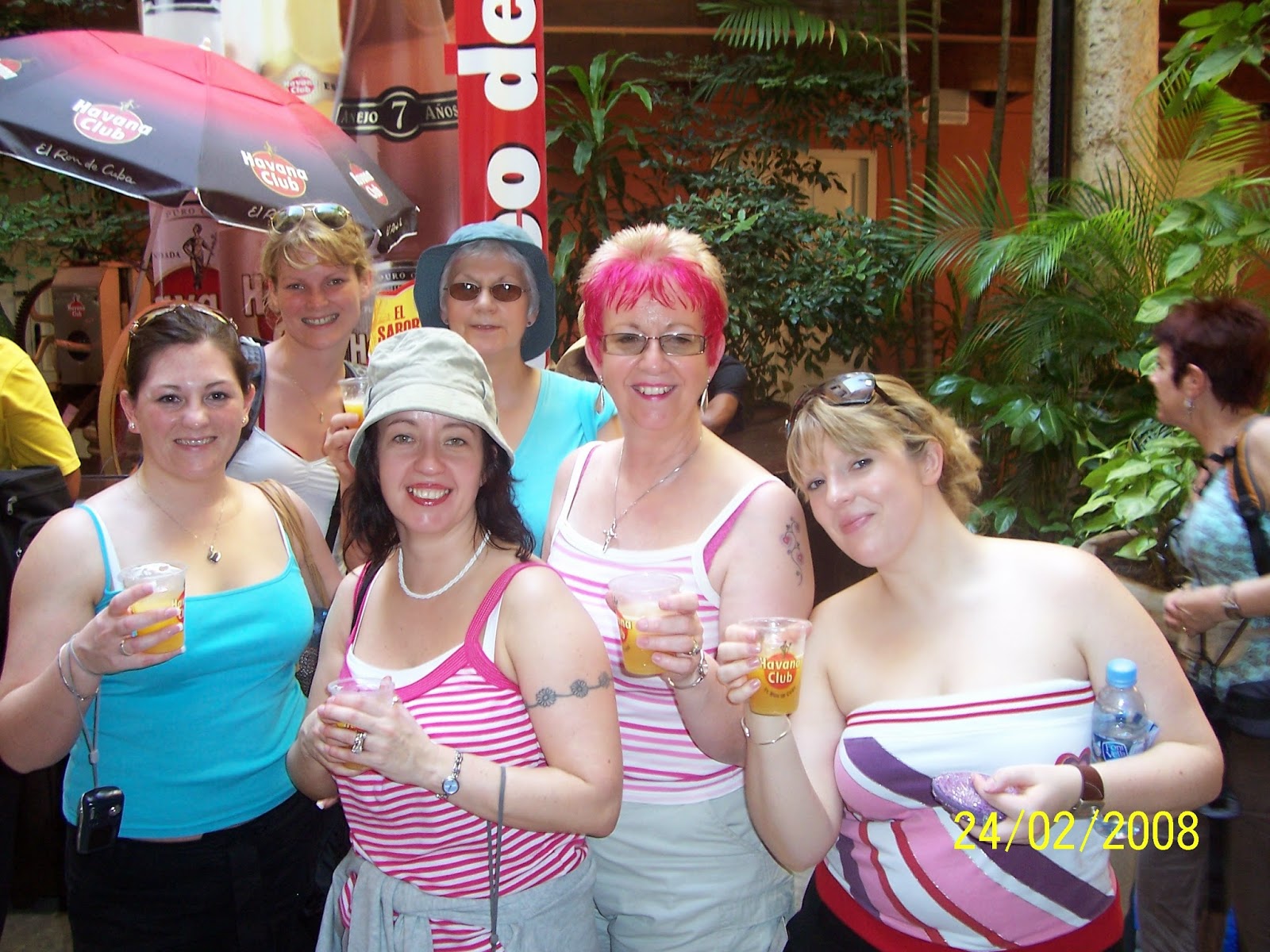 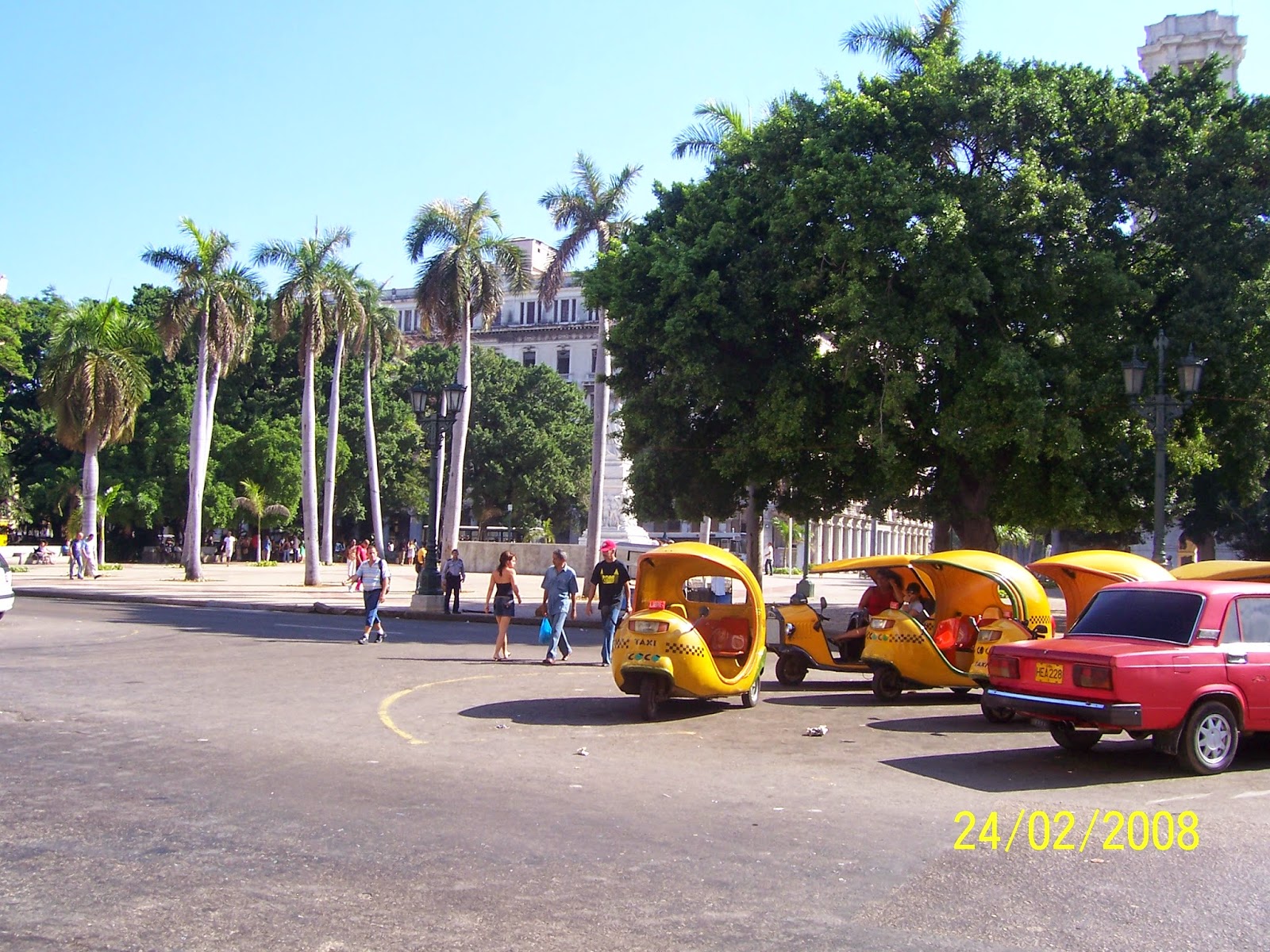 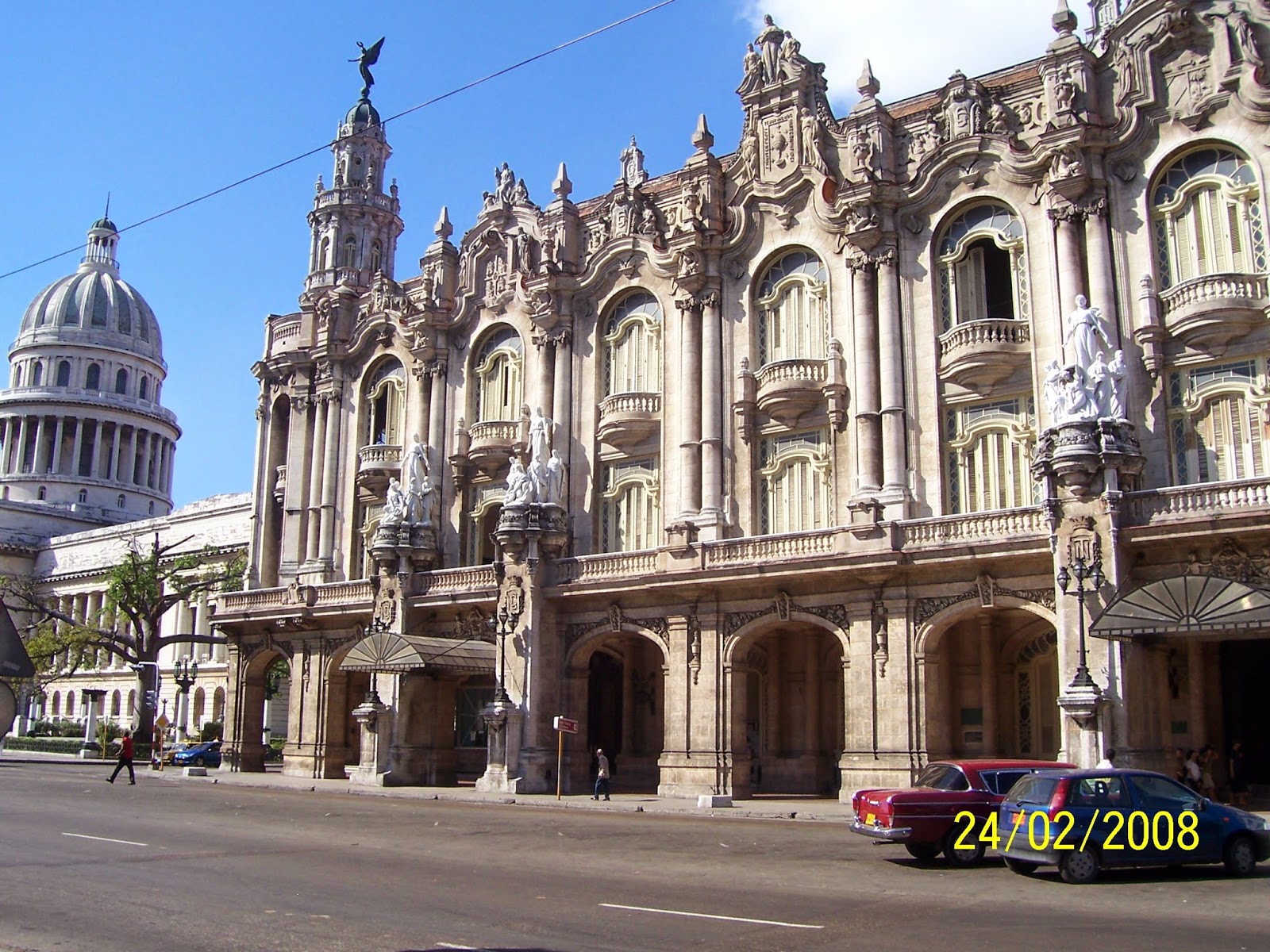 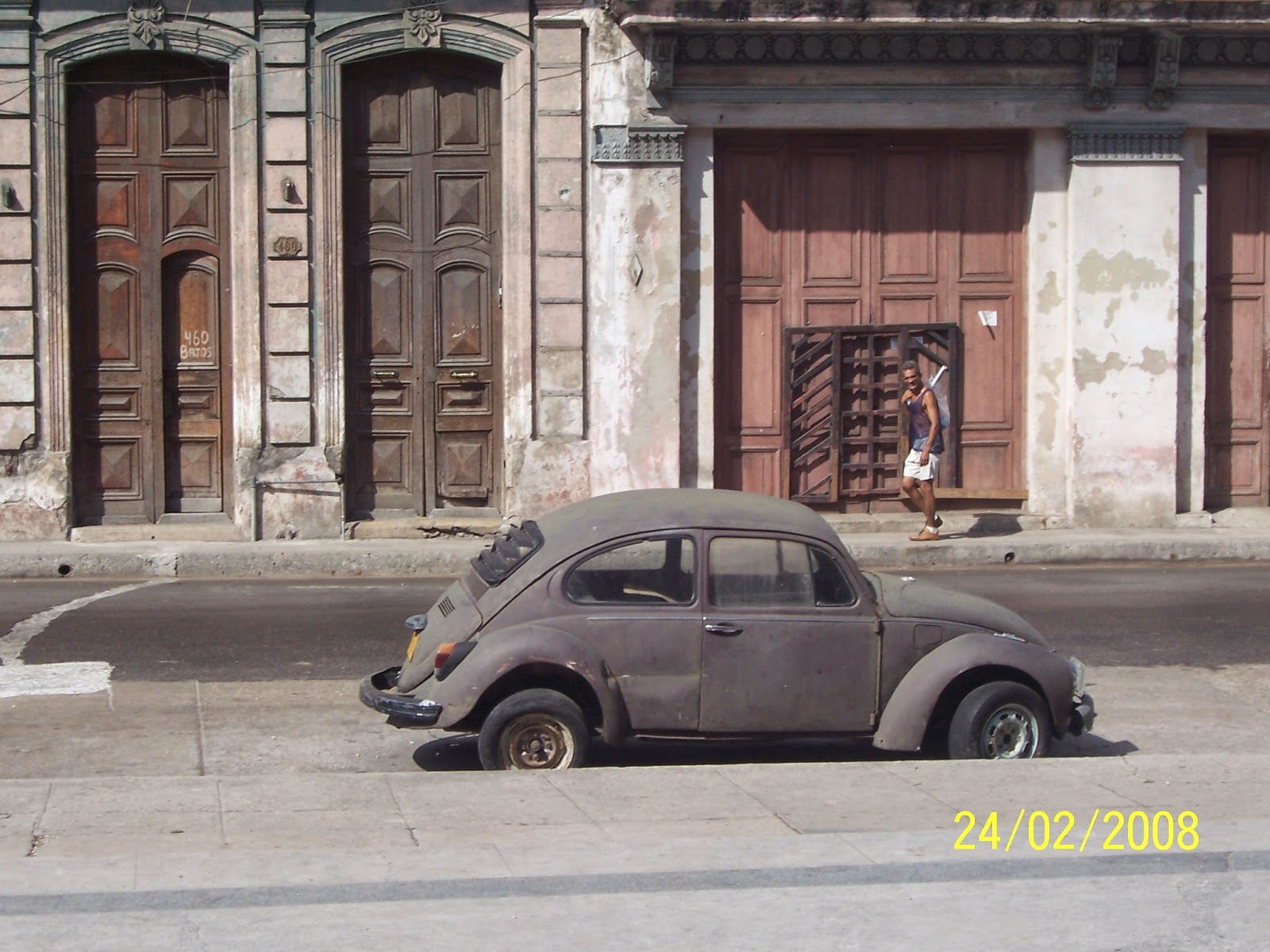 Look what we found - not a lick of paint on it.  Goodness knows how long it's been there!

After our lunch we boarded a coach for a 5 hour drive to Hanabanilla Lake where we would spend the night before heading off on our trek the next day.  We arrived in darkness and were shown to our rooms but the hotel wasn't completely finished being built, which we didn't actually realise till the next morning when it was light.  The room a few doors away from ours had the door ajar and when we looked in, there were no floor boards in it - if anyone had ventured into the wrong room by mistake there would have been a very injured, or even dead, person!!!

After breakfast we hauled our bags down a load of steps to the jetty and we were taken by boat across the lake to where we would meet our trek guide, Alex, and our trek doctor, Roberto.  We were also introduced to our mode of transport for the duration which turned out to be a russian truck which had a leak in the radiator so the driver was constantly stopping and replenishing the water!  We didn't know how much fun it would be riding in this thing - it was like being on a roller coaster most of the time! 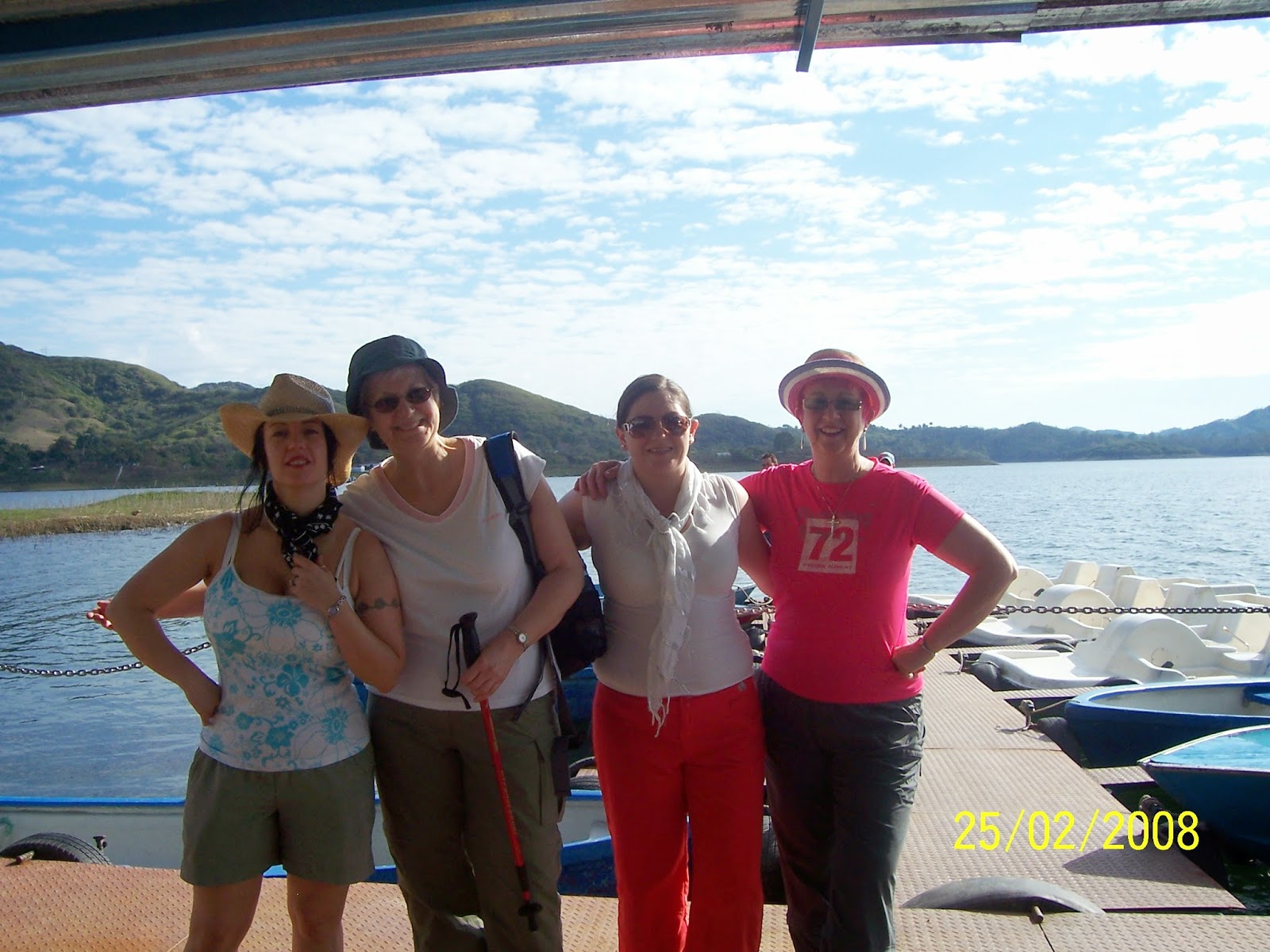 About to cross Lake Hanabanilla 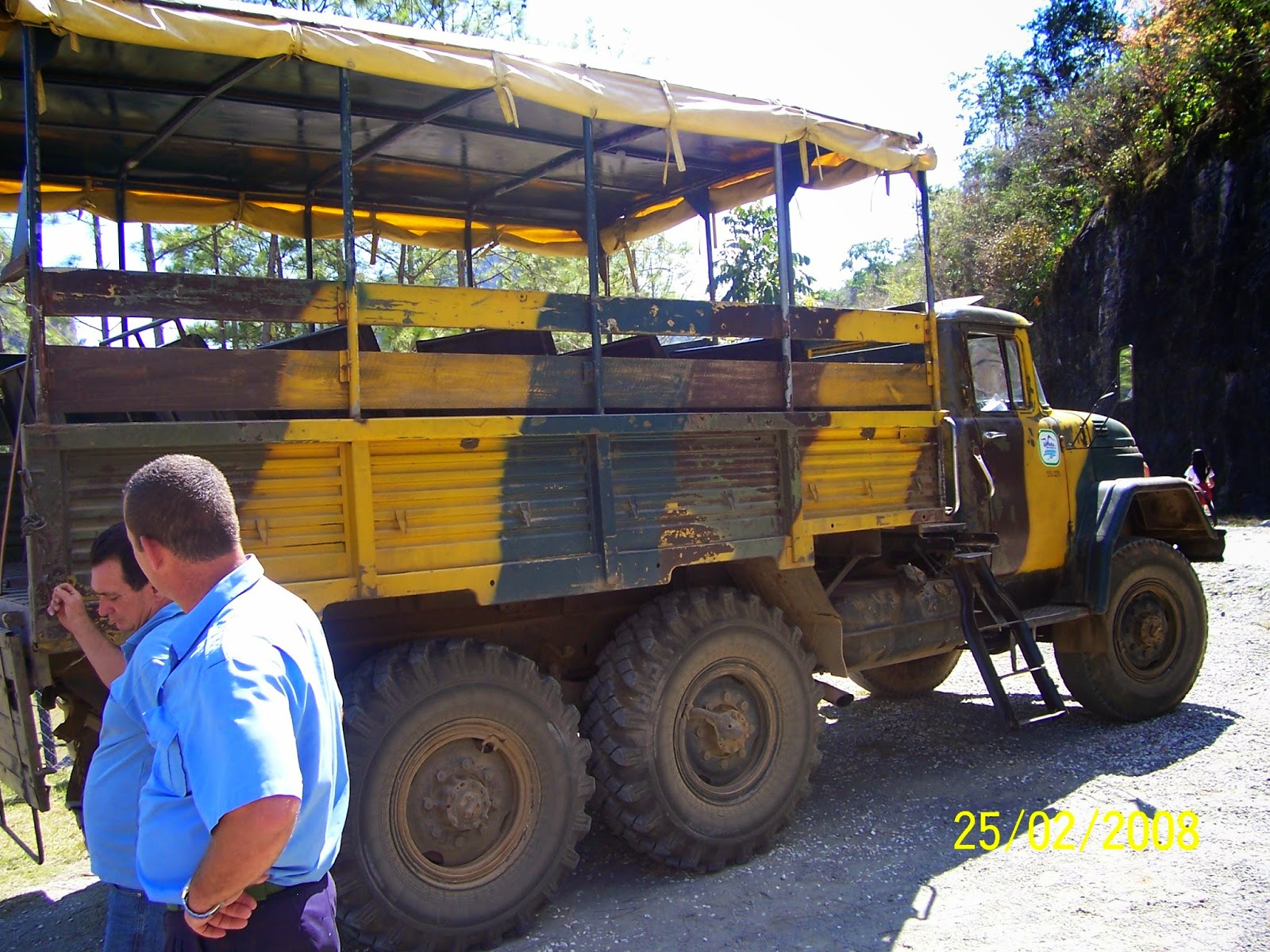 Nothing but the best in luxury for us intrepid trekkers

Our bags were loaded on the truck but we started our trek here and taken to Casa de la Gallega, an old hacienda where we would be camping overnight and we headed off on foot but on our way stopped at a local farm and had a sandwich lunch and freshly picked oranges which were unbelievably tasty.

As you can imagine, It was very basic but we were all happy to be there.  After lunch we continued on to the Casa de la Gallega and after a short rest walked to the Salto de Rocio, a 25 m high waterfall where there was a very inviting pool so we all donned our swimming cossies and jumped in.  To say it was cold was an understatement - I think we all thought because we were in the Caribbean the water would be warm but no! it was "fresh". 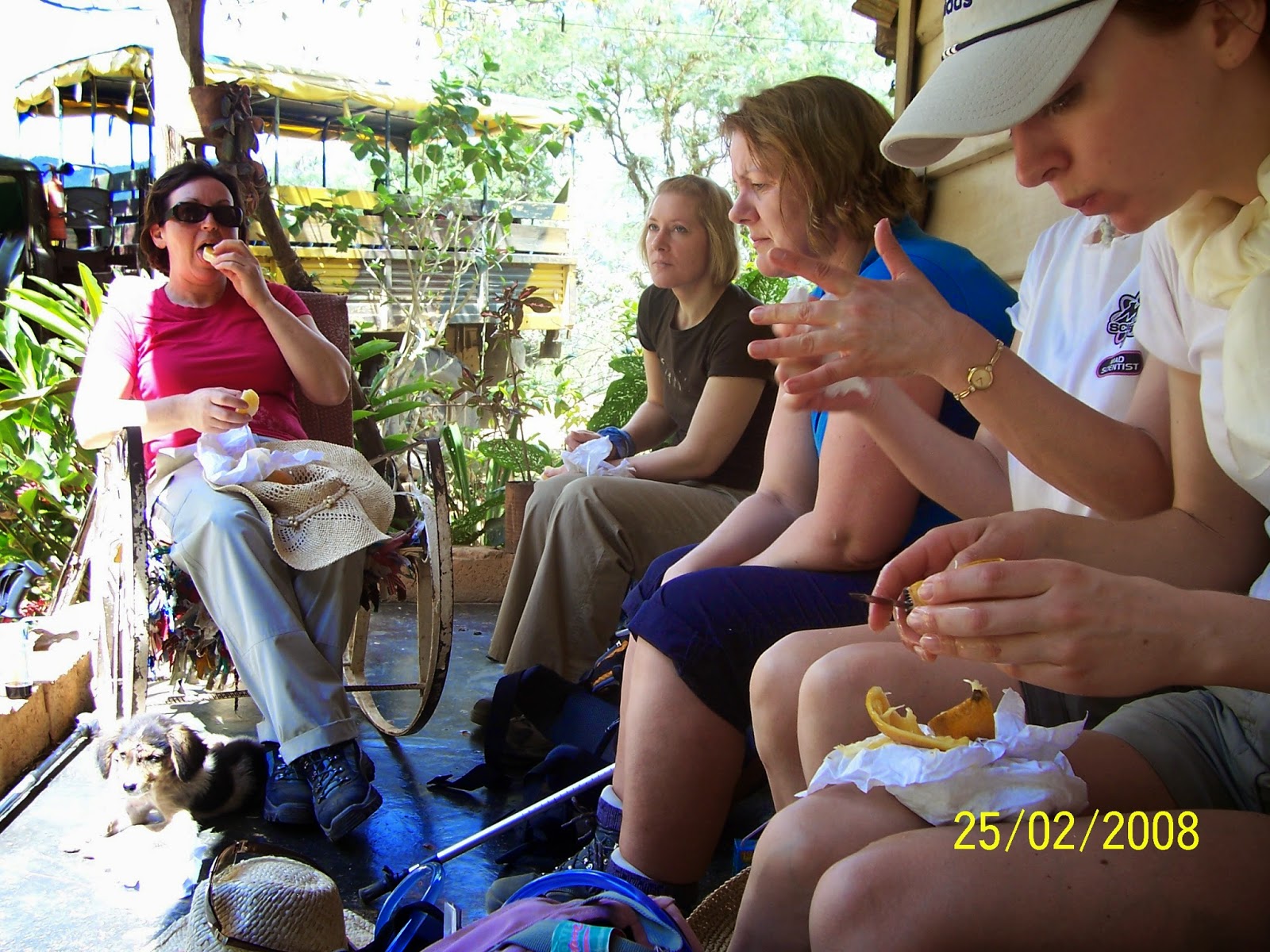 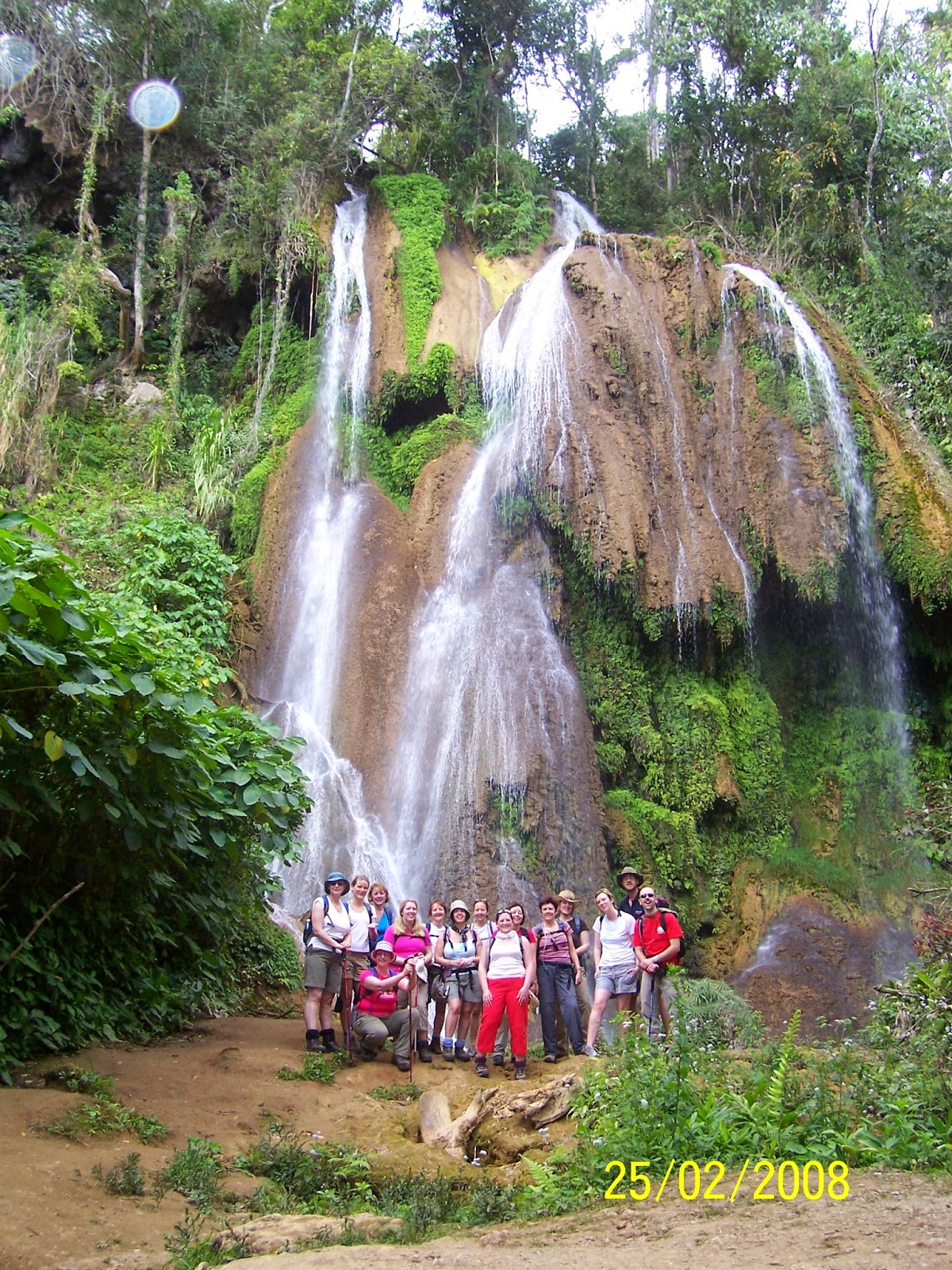 We trekked for 6 days altogether in the escambray mountains which was mainly forest/jungle and it was really hard going at times, mostly due to the heat, but fortunately we were encouraged to take it very slowly and given the opportunity to "admire the views" as often as we liked so no pressure. Every now and then we came across some of the local wild life. 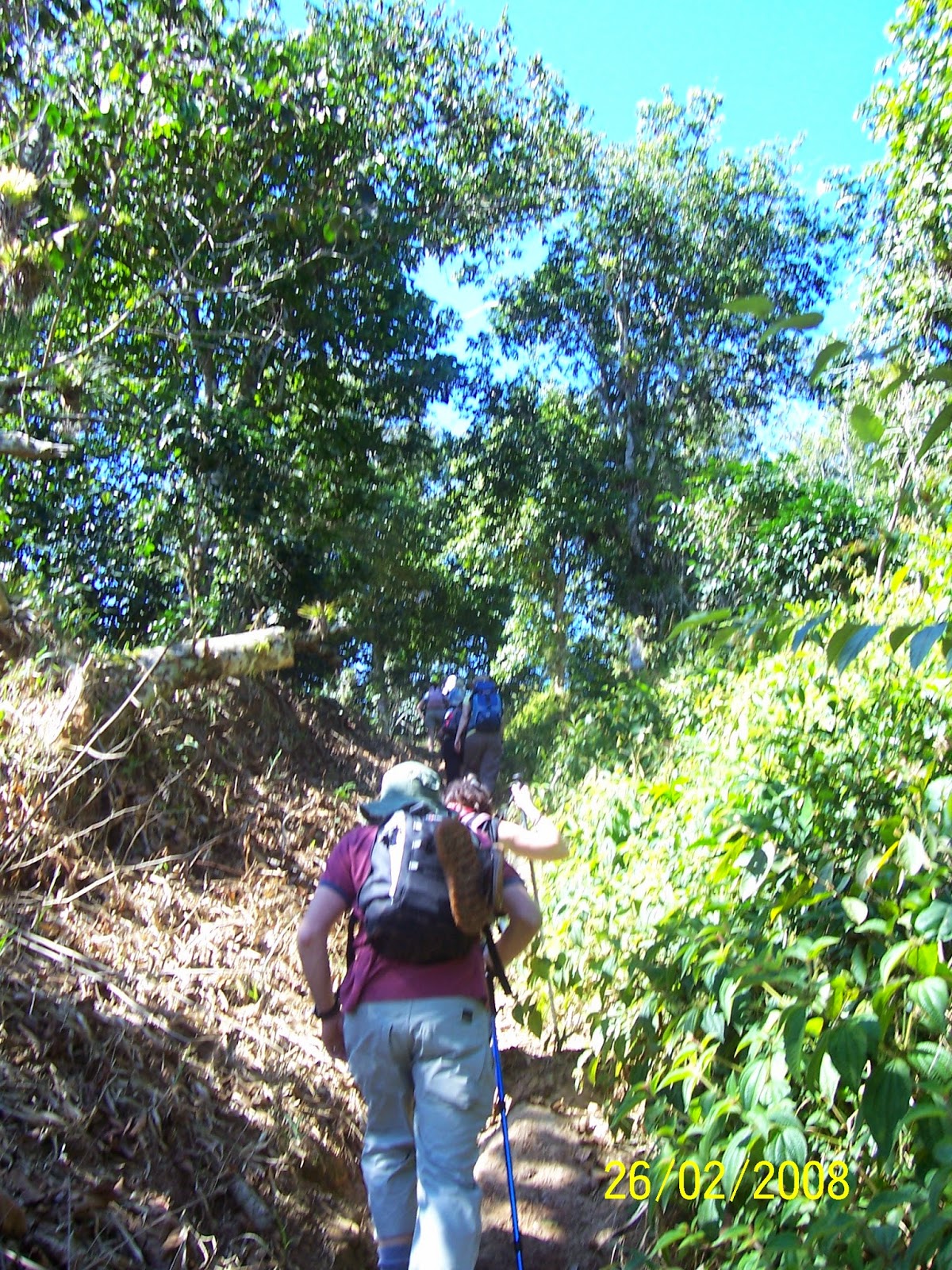 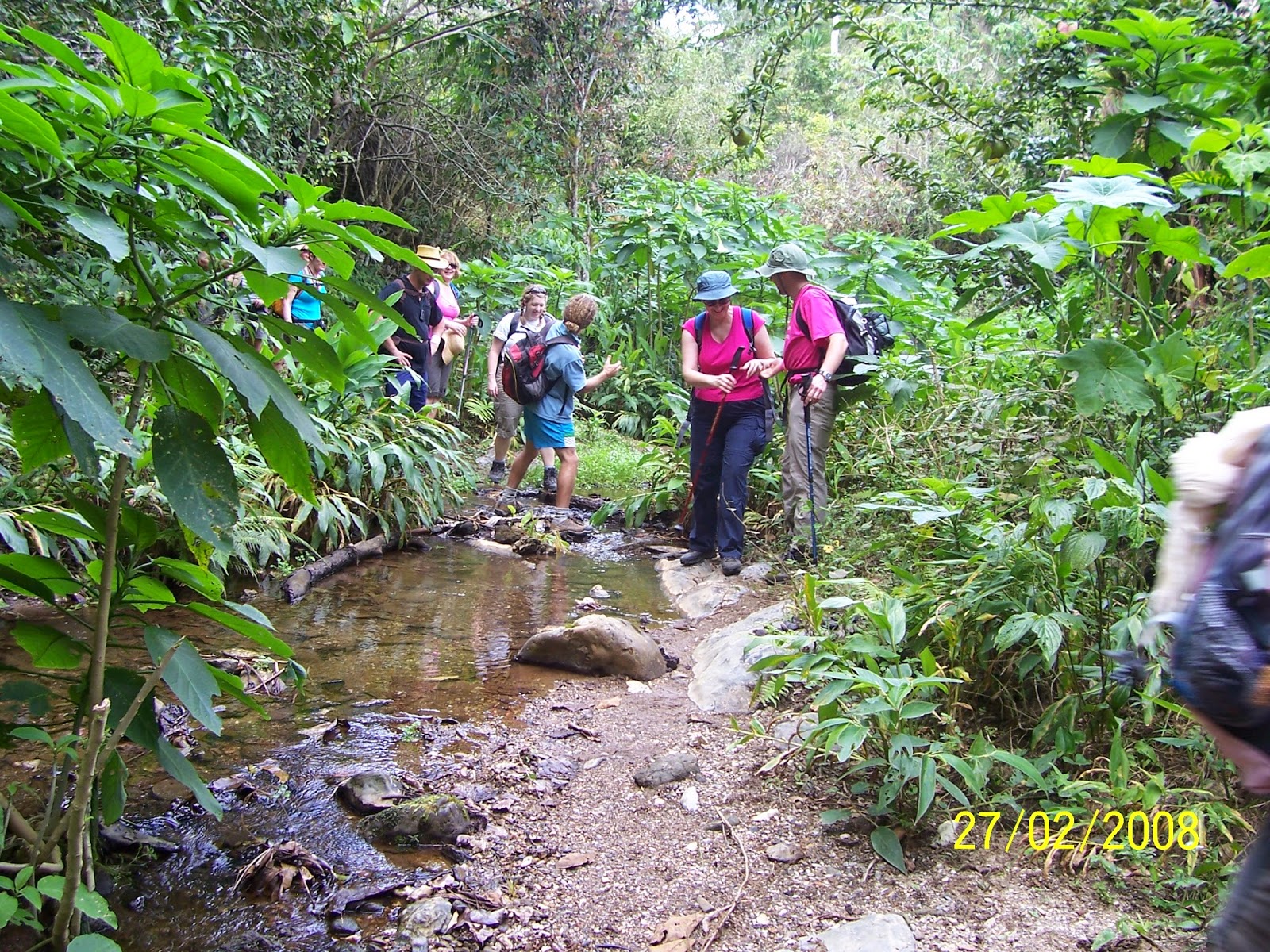 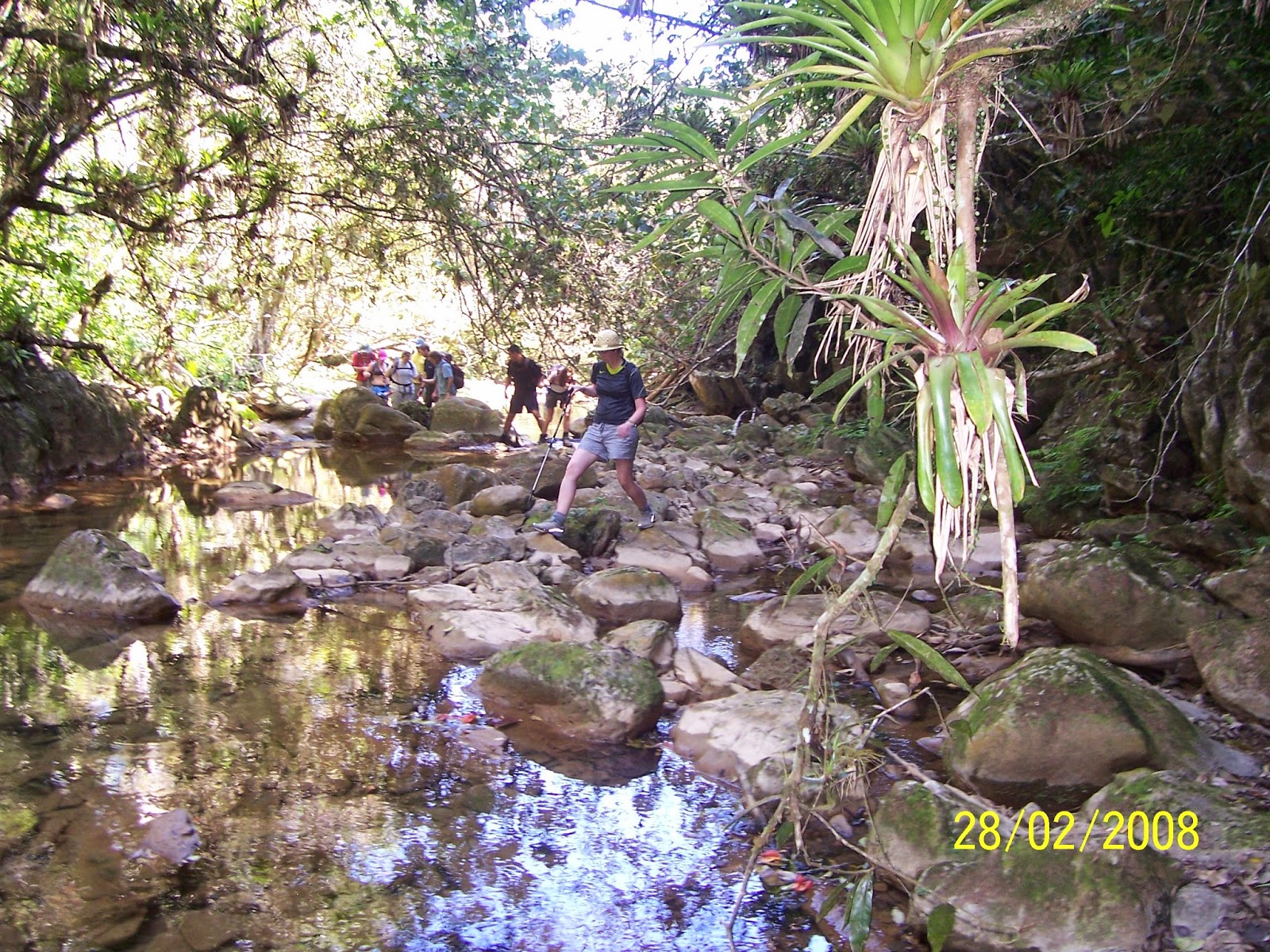 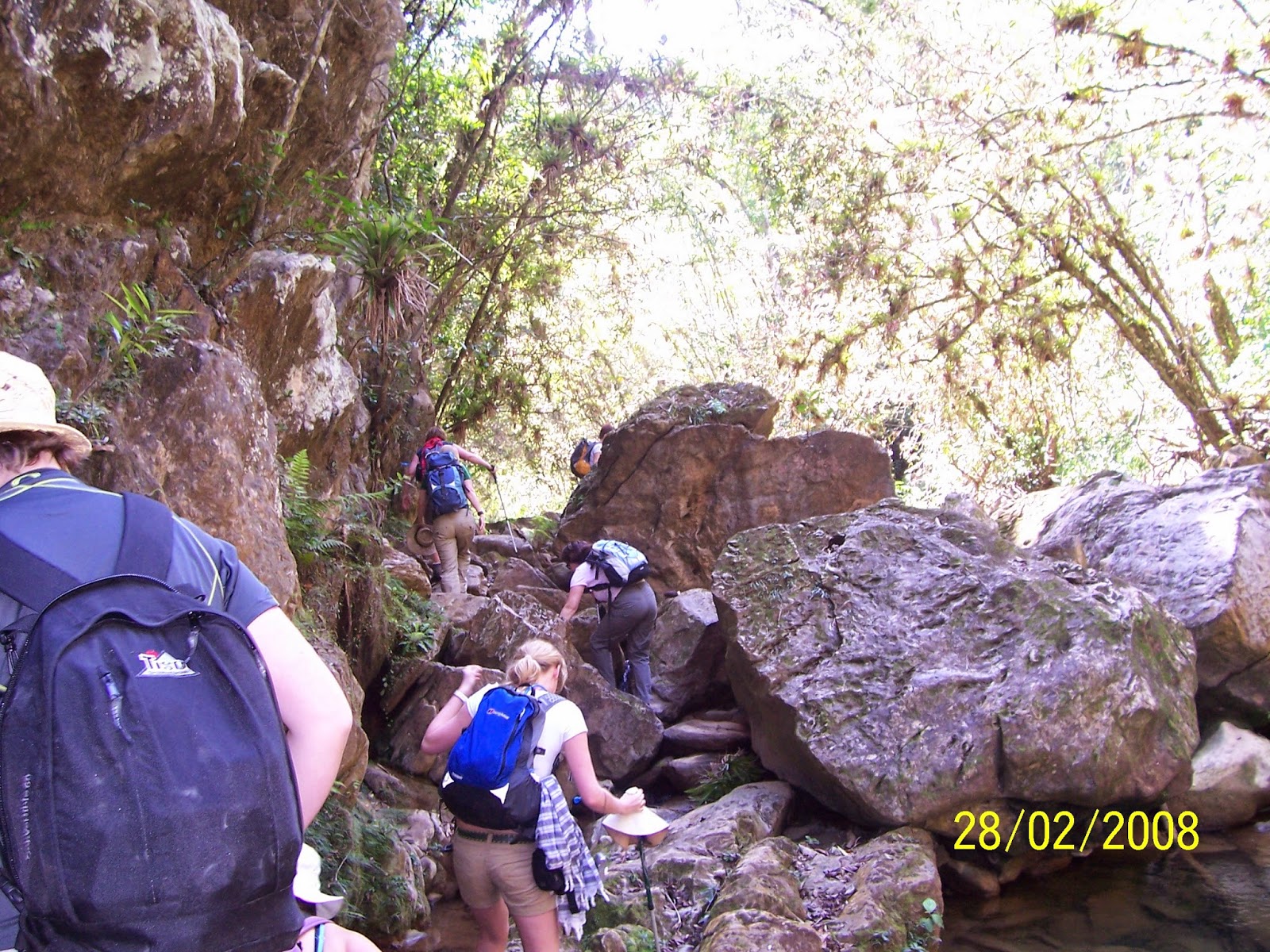 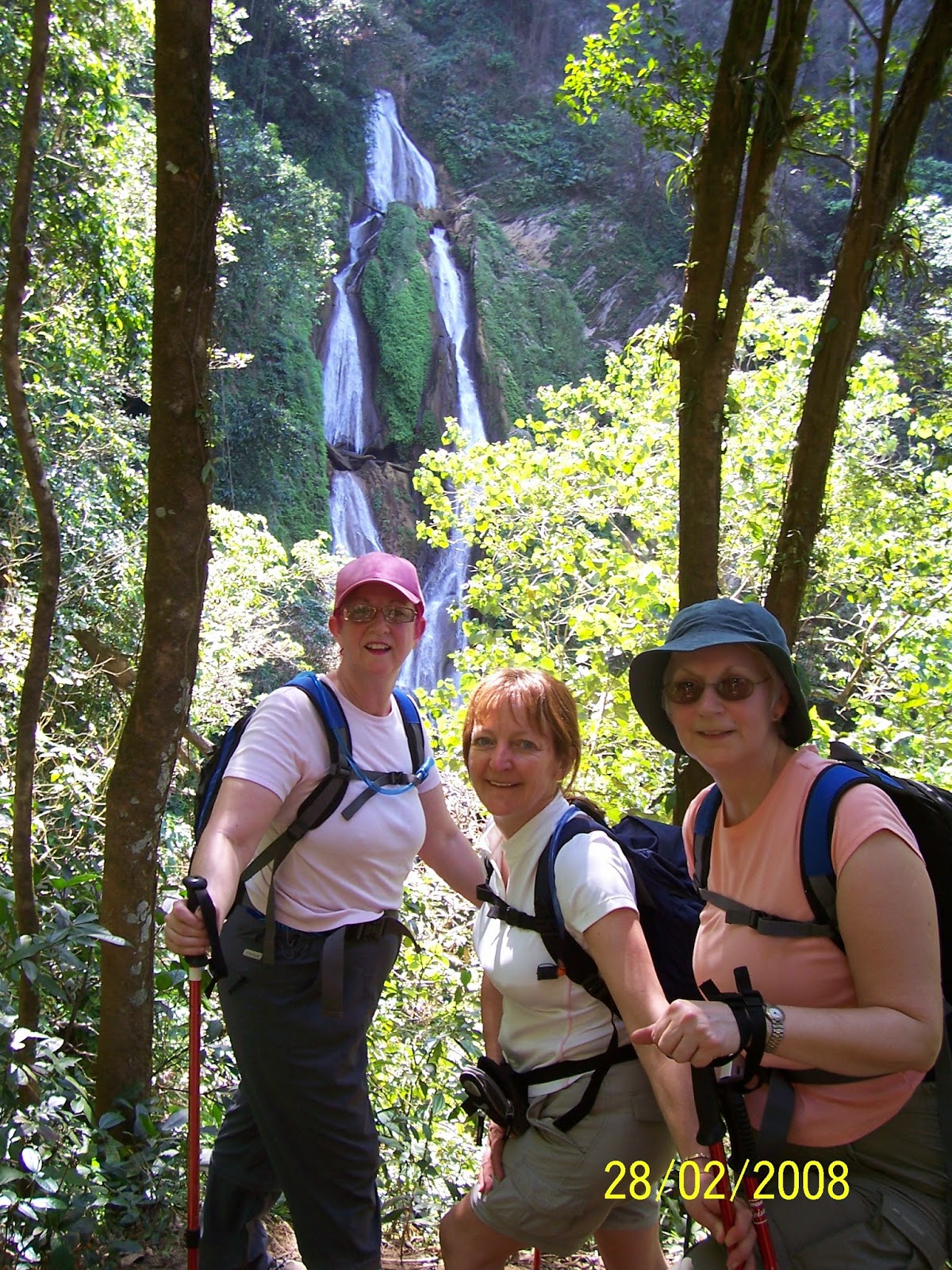 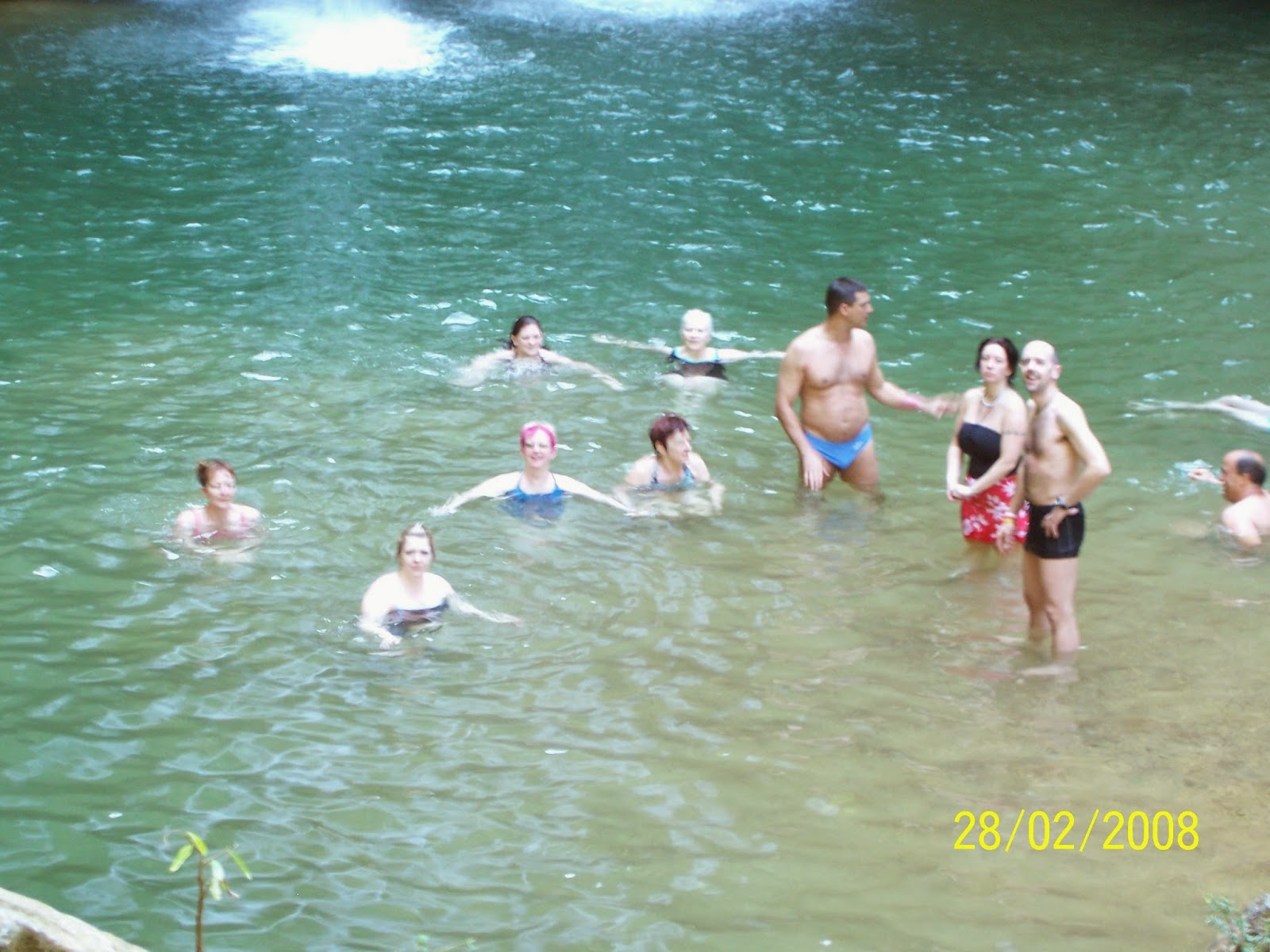 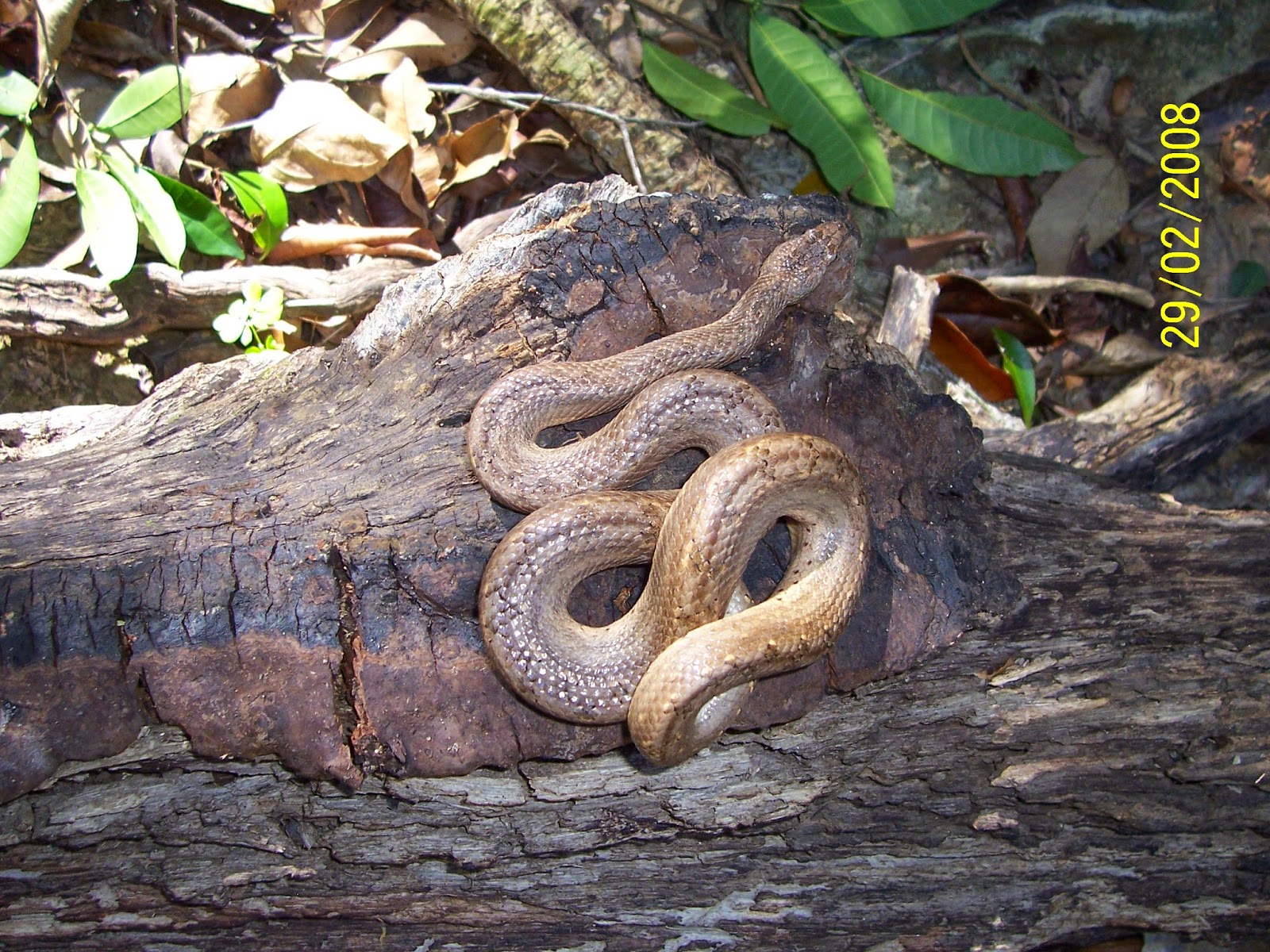 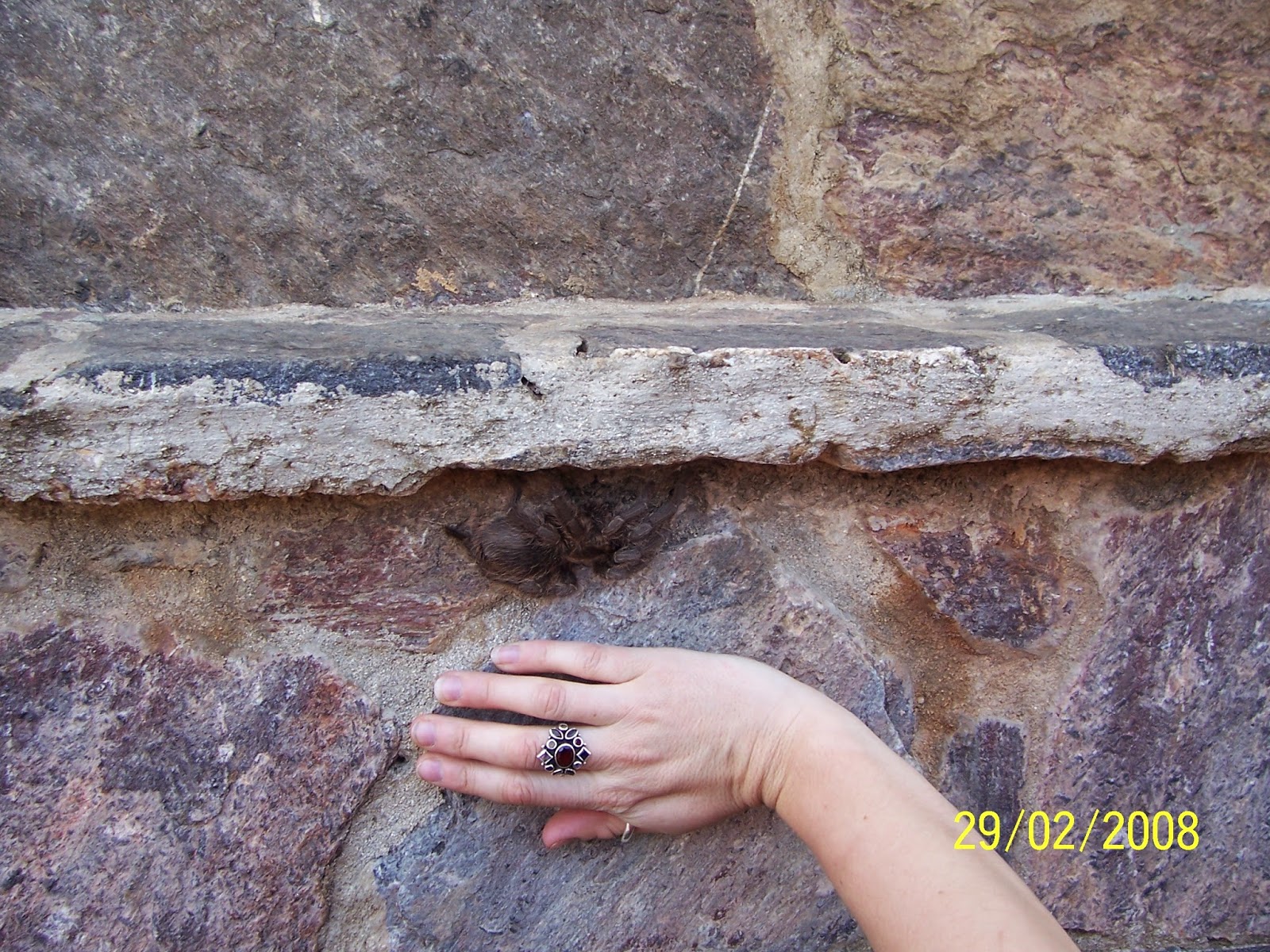 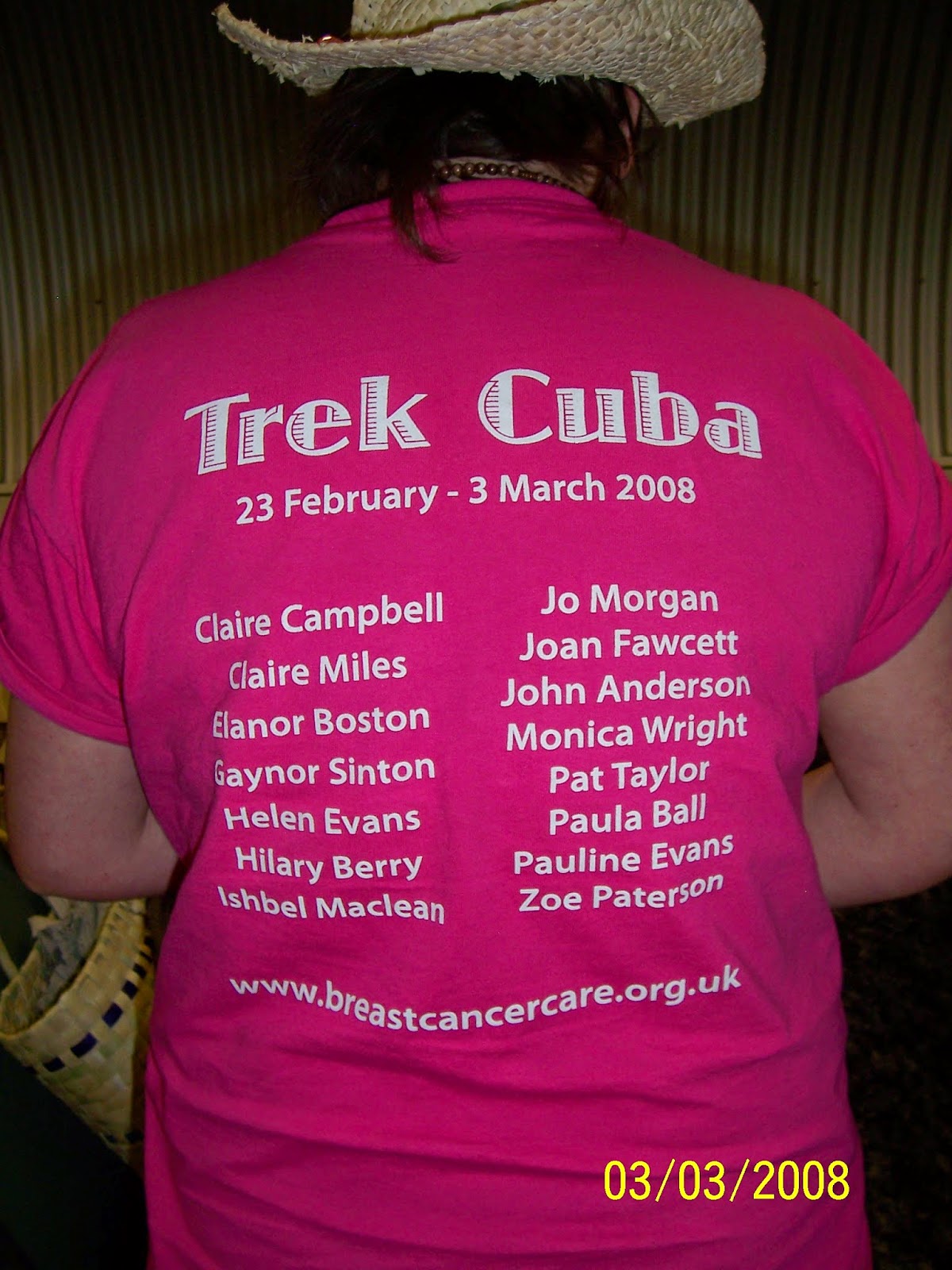 As with the other treks we took part in, we had a fantastic time on this trek and made some life-long friends.  We must be mad or gluttens for punishment because not long after we were home we signed up for the South Africa trek!   Hey ho, and off we go again!