Gear Review - The first of many I hope


Just back from our local Great Outdoors and Go Outdoors as I've been planning on getting a new pair of boots for a while now.

My current pair are Berghaus Explorer Ridges and are really comfortable and lightweight but they have never been waterproof - I returned them to Berghaus after only 6 months because my feet got a soaking on a walk up the Old Man of Coniston and was told they could find nothing wrong with them at all but in the three years I've owned them they've NEVER kept my feet dry. My question was should I try another pair of Berghaus just in case I've been really unlucky, or should I go for something different. 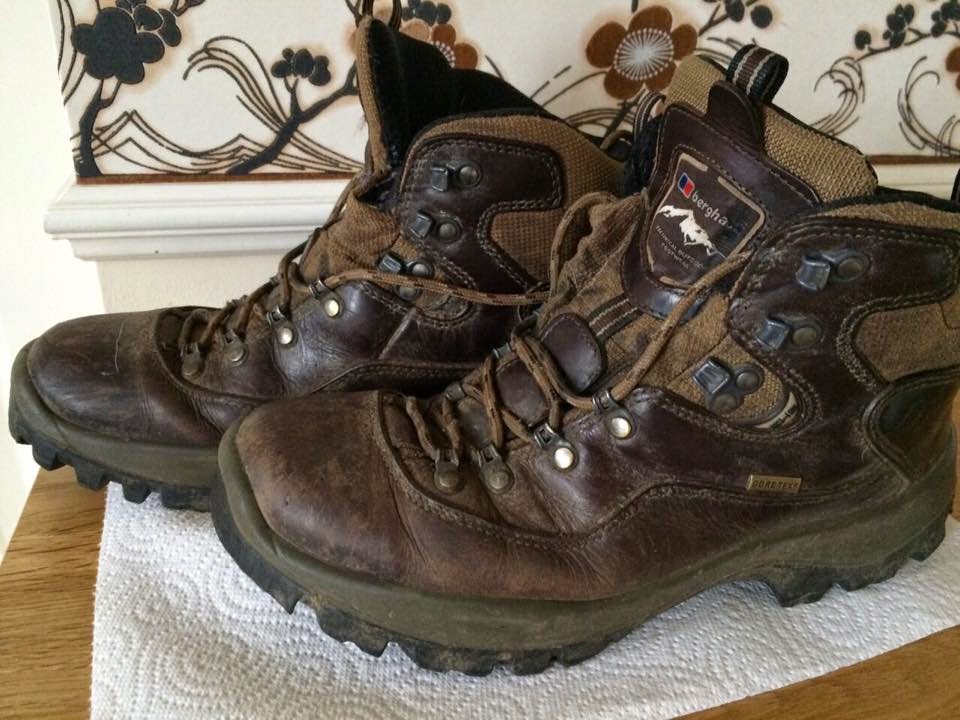 Unfortunately Great Outdoors only had two pairs in my size (I take a 6 in a normal shoe but an 8 or 8½ in a mens walking boot (women's are always too narrow for my feet) - go figure!!!) and neither of them were Berghaus, so off to Go Outdoors I went.


The sales lady was really lovely and very helpful (actually, so was the sales man at Great Outdoors, he just couldn't help because they had so little stock in store) and brought about 6 pairs for me to try on in varying makes and sizes including Berghaus.  I have to say the latest Explorer Ridge boots were nothing like the ones I currently wear and they didn't fit very well at all.  I also thought the sole looked rather on the "thin" side, not a good thing for someone like me who is heavy on their feet and would wear them out in no time.

After much pacing around in all the boots that I could get on, and with lots of stomping up and down on the ramp to test if my toes touched the front of the boot on a downhill, I finally chose a pair of  Meindl Bhutan MFS ones (size 8½) and managed to get a price match to an online pair plus they deducted another 10% which obviously made me very happy. 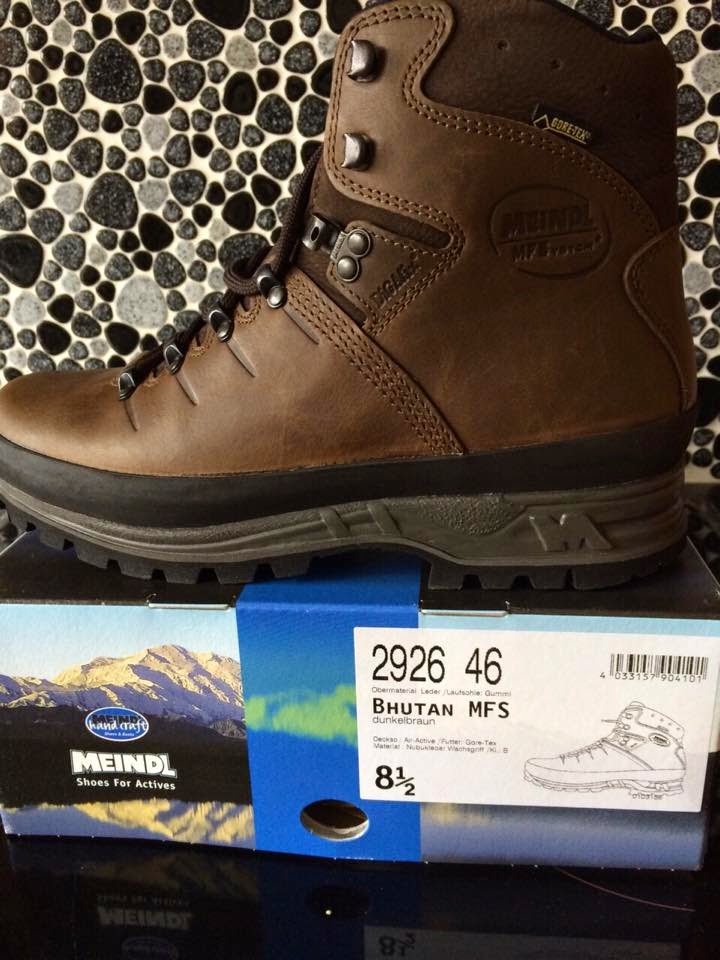 New Meindl boots - will they be "the ones"?

Most outdoors shops have a policy that enables you to take the product home and wear it/them inside your house for up to 28 days to determine whether or not they fit properly, which is actually a great thing.

I hope I get away with them because my first impression is of comfort and sturdiness and stability - which is just what I want from a pair of boots.

So, watch this space to see how I fair with them around the house for the next three weeks -  my poor stair carpet is going to get a pounding but at least it'll help get me fit haha.