If you've been watching Tales from Northumberland featuring Robson Green you might have seen him clambering down a rock face at Cullernose Point near Craster.  This is part of one of my favourite places to walk and that's where we chose to go as it was a gloriously sunny day. 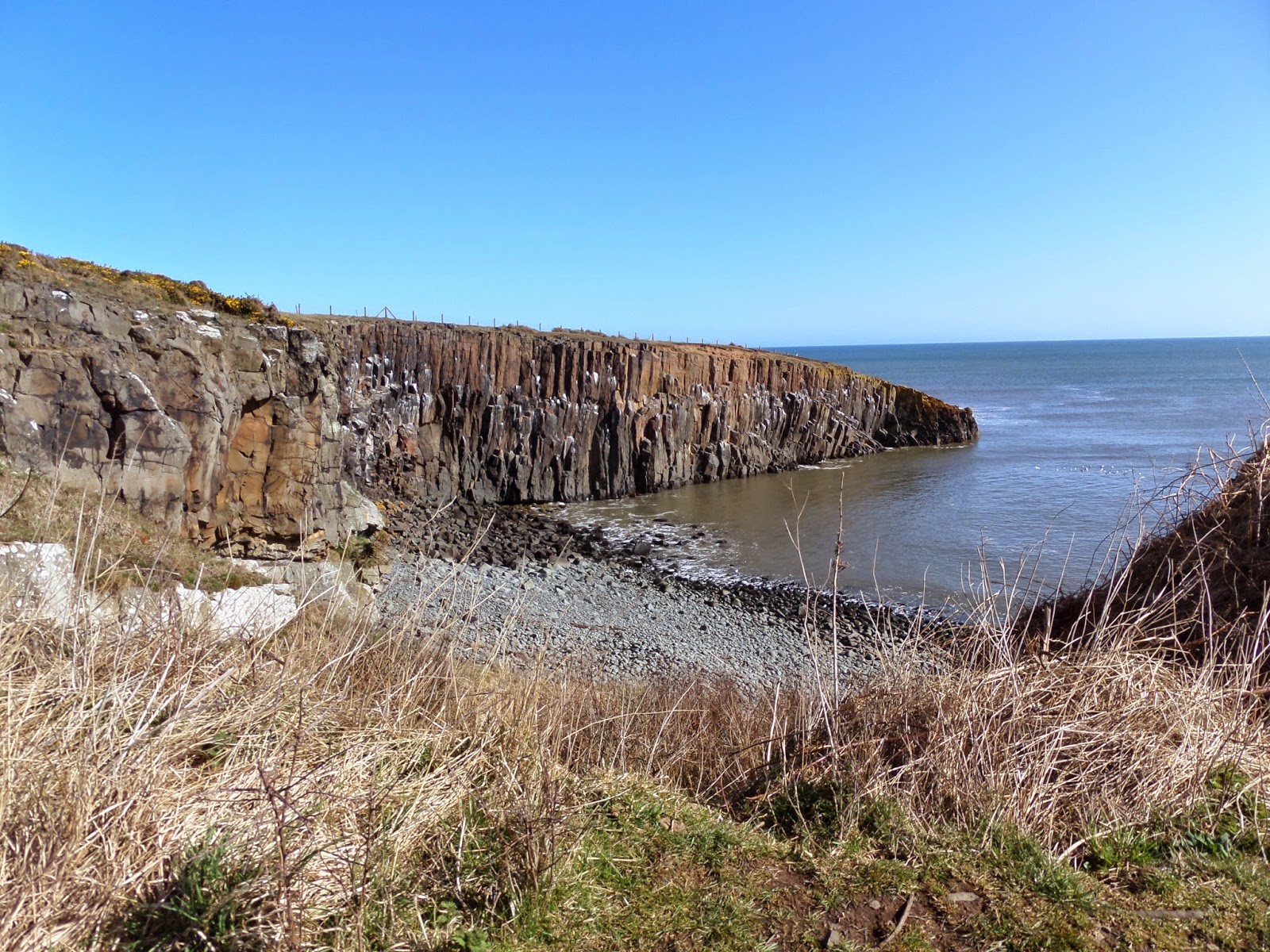 Its a great walk for anyone who doesn't want to do anything too strenuous as it is a relaxing, mood lifting place in general, and you can't help but feel in higher spirits on the return part of the walk.

Along with my trusty white hoond, Heidi, the Hubster and my sister Pat, we arrived at Craster at 10.30 am - a perfect time to start the 5.5 mile coastal walk to Dunstanburgh Castle because we knew that we would arrive at the best possible time and place to have our lunch - just beside the castle. 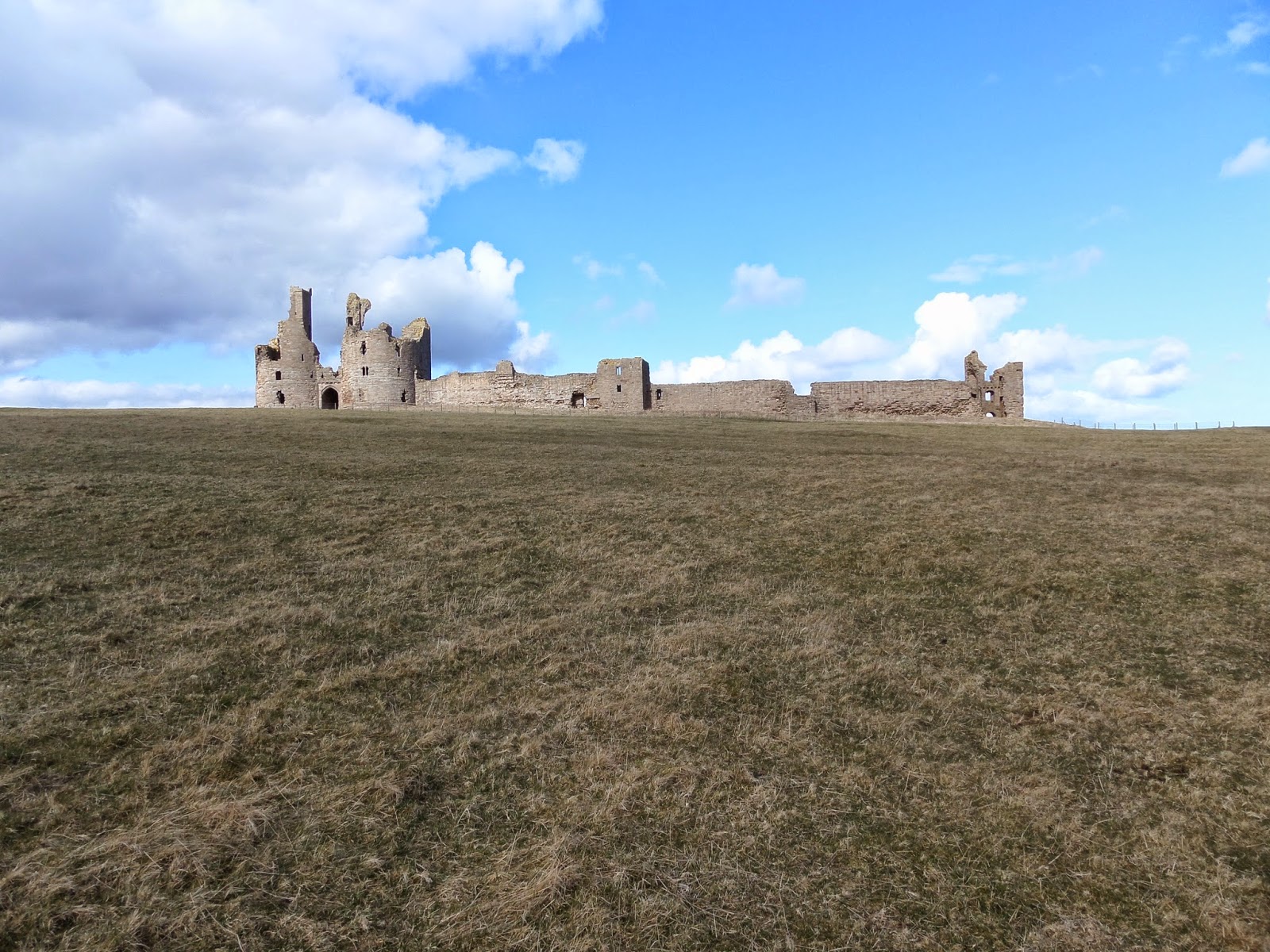 The first part of the walk is along a gravel path then a well trodden grassy path adjacent to the rugged, rocky coastline and is part of the Northumberland Coastal Path and the St Oswald's Way . 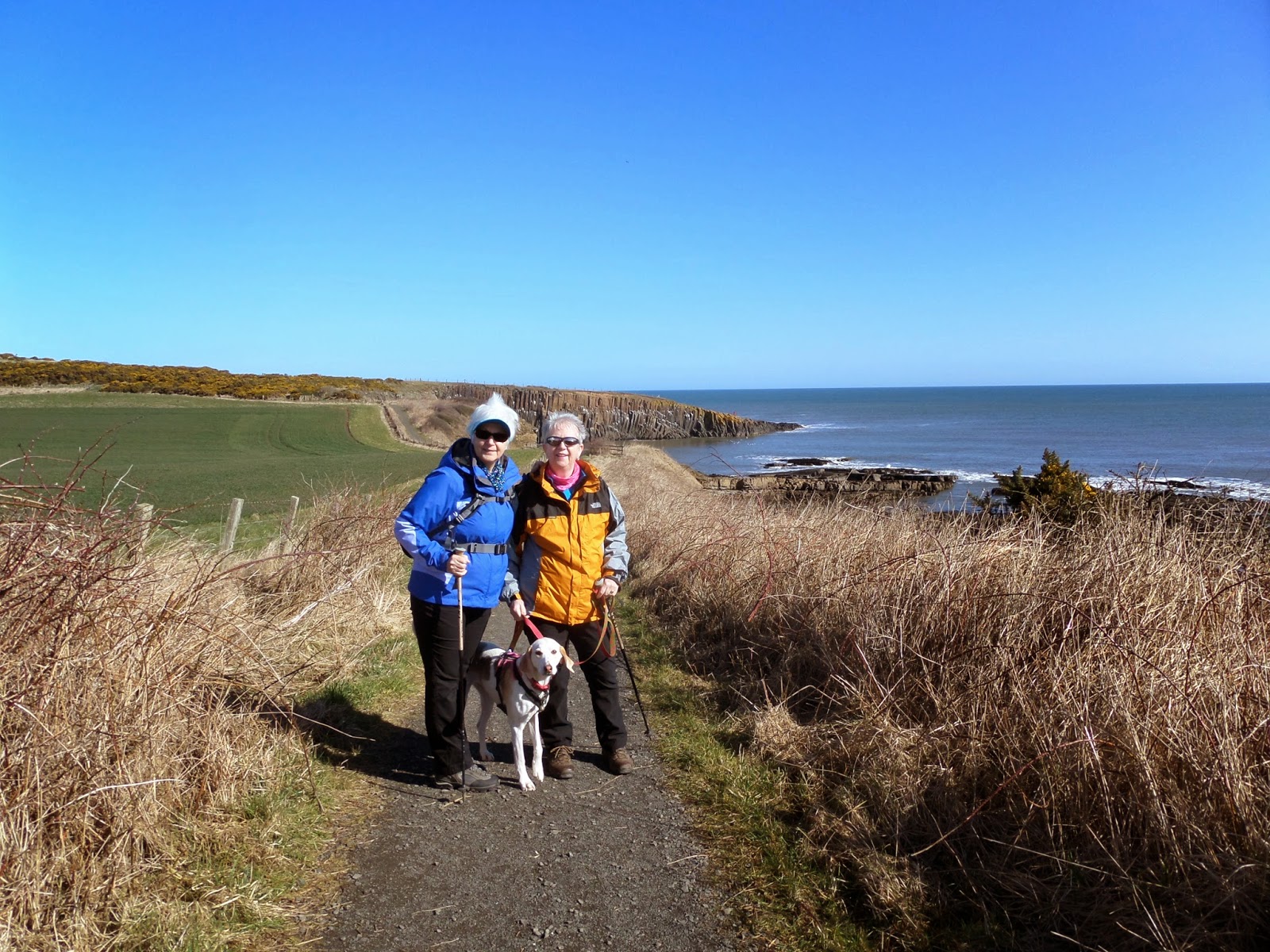 Me, the Sis and the Heidster 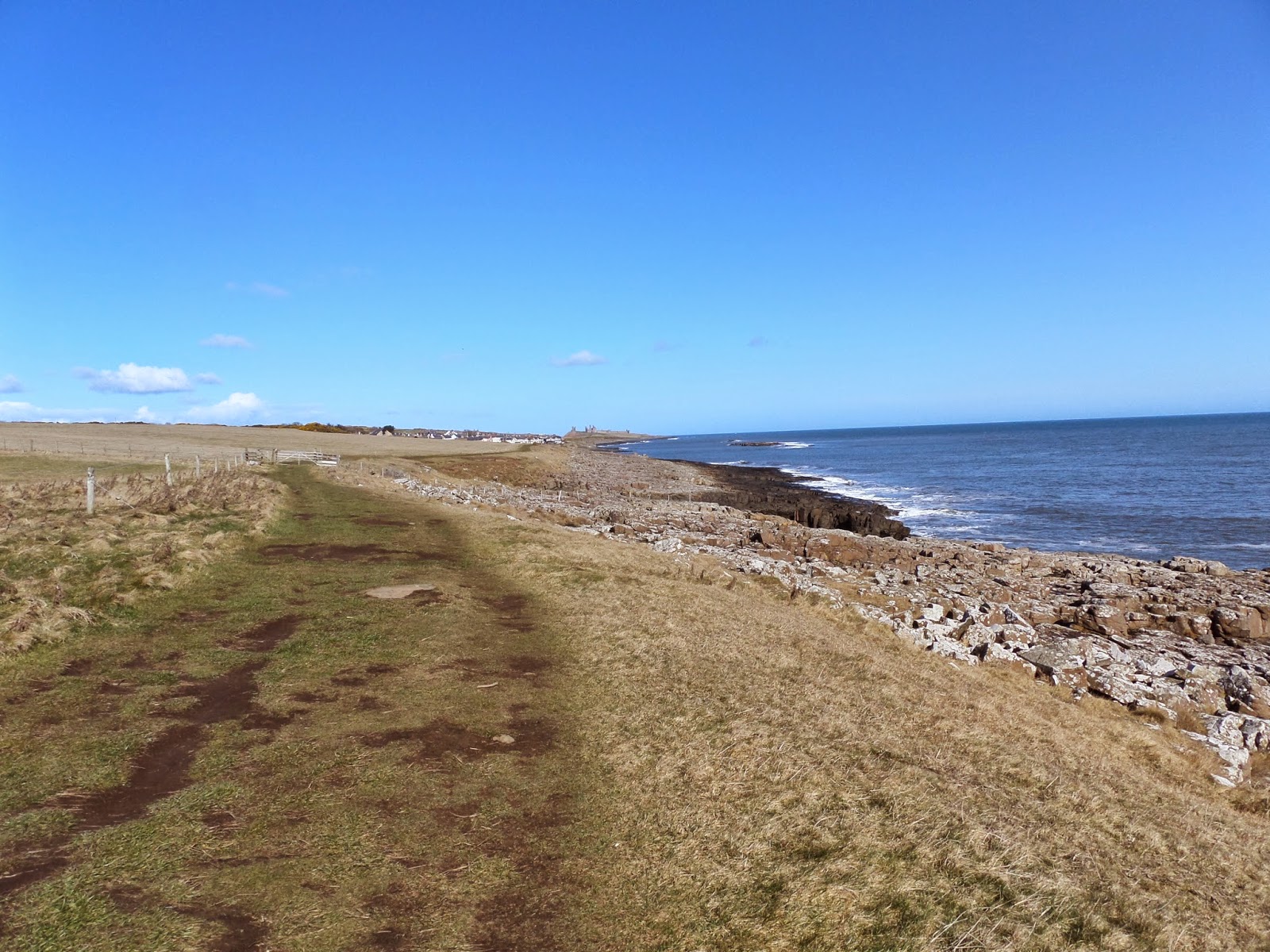 Our first sighting of Dunstanburgh Castle in the distance 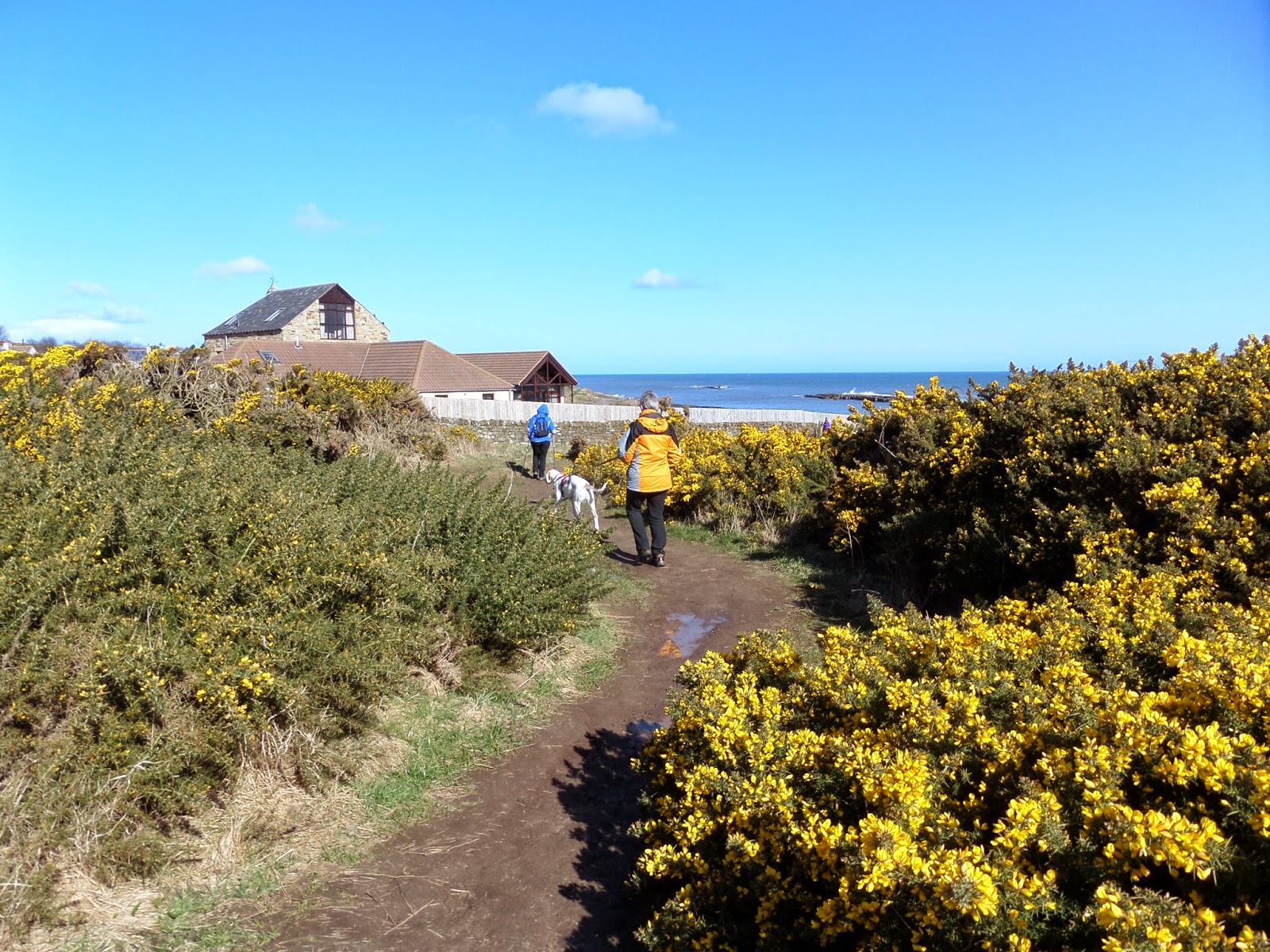 The Northumberland Coastal Path is 103km or 64 miles in length, if you choose to walk north, it starts in Cresswell at the Southern end of Druridge Bay and ends in Berwick-upon-Tweed near the Scottish Border.

The route mainly follows rights of way (footpaths and bridleways) but in some places follows beaches, minor roads, tracks and permissive paths. It is fairly level with very few steep climbs and the surface is generally firm although some sections can become muddy in winter or after heavy rain.

St Oswald’s Way explores some of the finest landscapes and fascinating history of Northumberland. The route links some of the places associated with St Oswald, the King of Northumbria in the early 7th Century, who played a major part in bringing Christianity to his people.

From Holy Island (Lindisfarne) in the north, St Oswald’s Way follows the stunning Northumberland coast, before heading inland across beautiful countryside to Heavenfield and Hadrian’s Wall in the south, a distance of 97 miles (156 km). You will find castles, coastline, islands, scenic river valleys, hills, attractive villages, forest and farmland on this walk.

The path we were walking passed through the village of Craster and if you're a fish lover you must visit the smokery to get some of the world famous Craster Kippers produced here for almost 100 years. 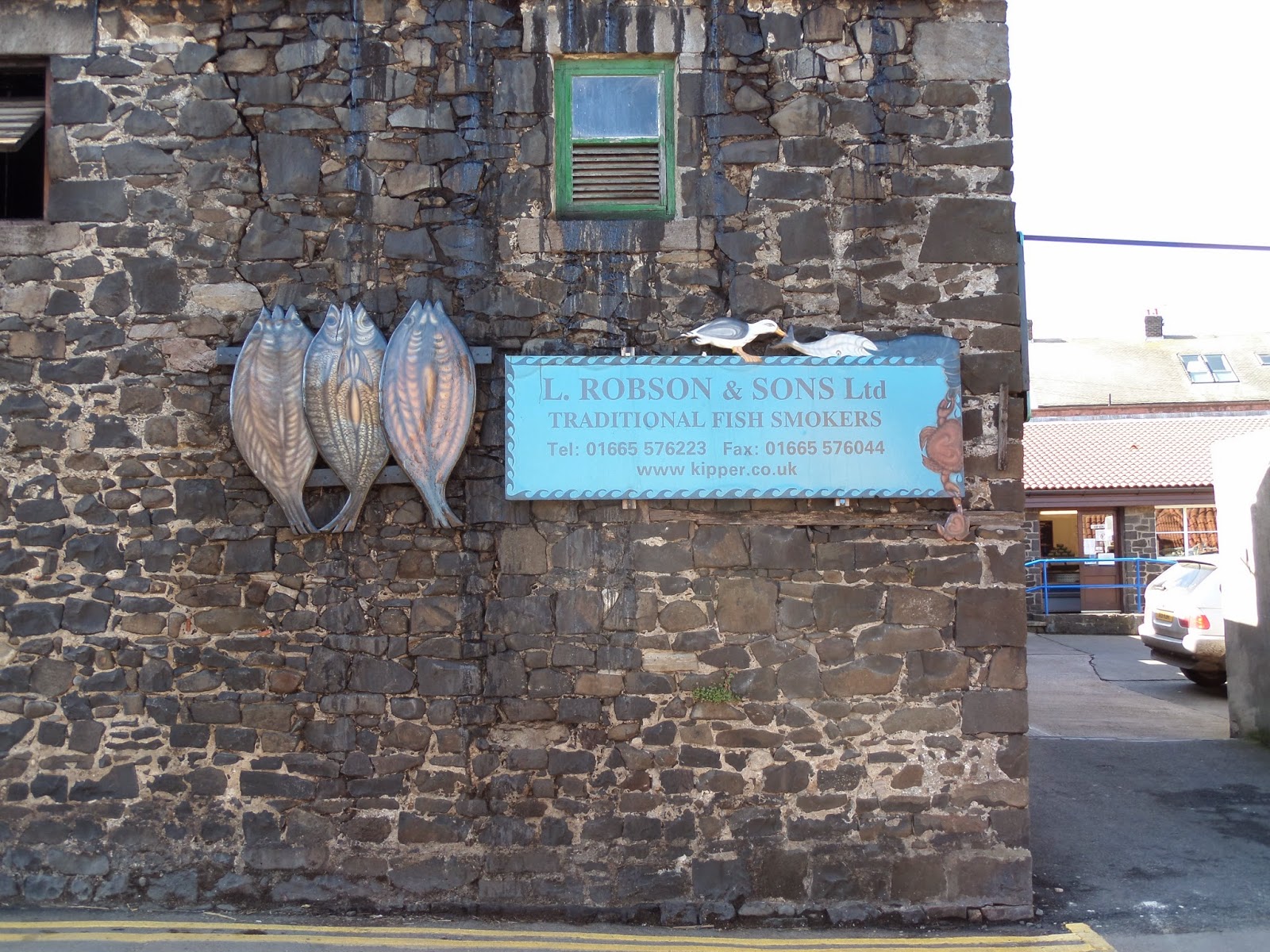 The path takes you through the village past a quaint harbour and on through fields overlooking the sea towards Dunstanburgh.  As we got closer we imagined what it would have been like in the days when it was in use and what role it played in the safe keeping of that part of the coast from marauding invaders. 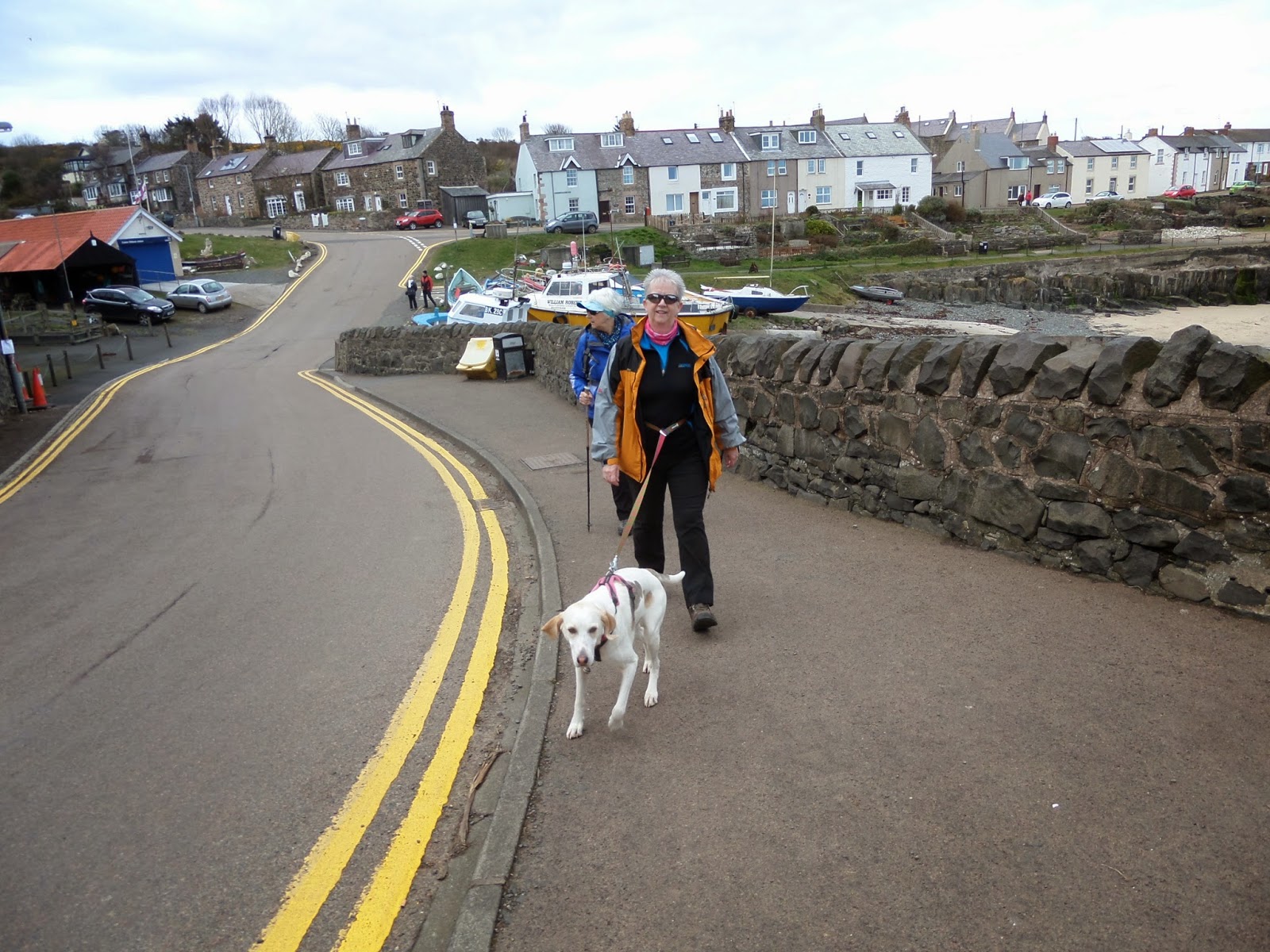 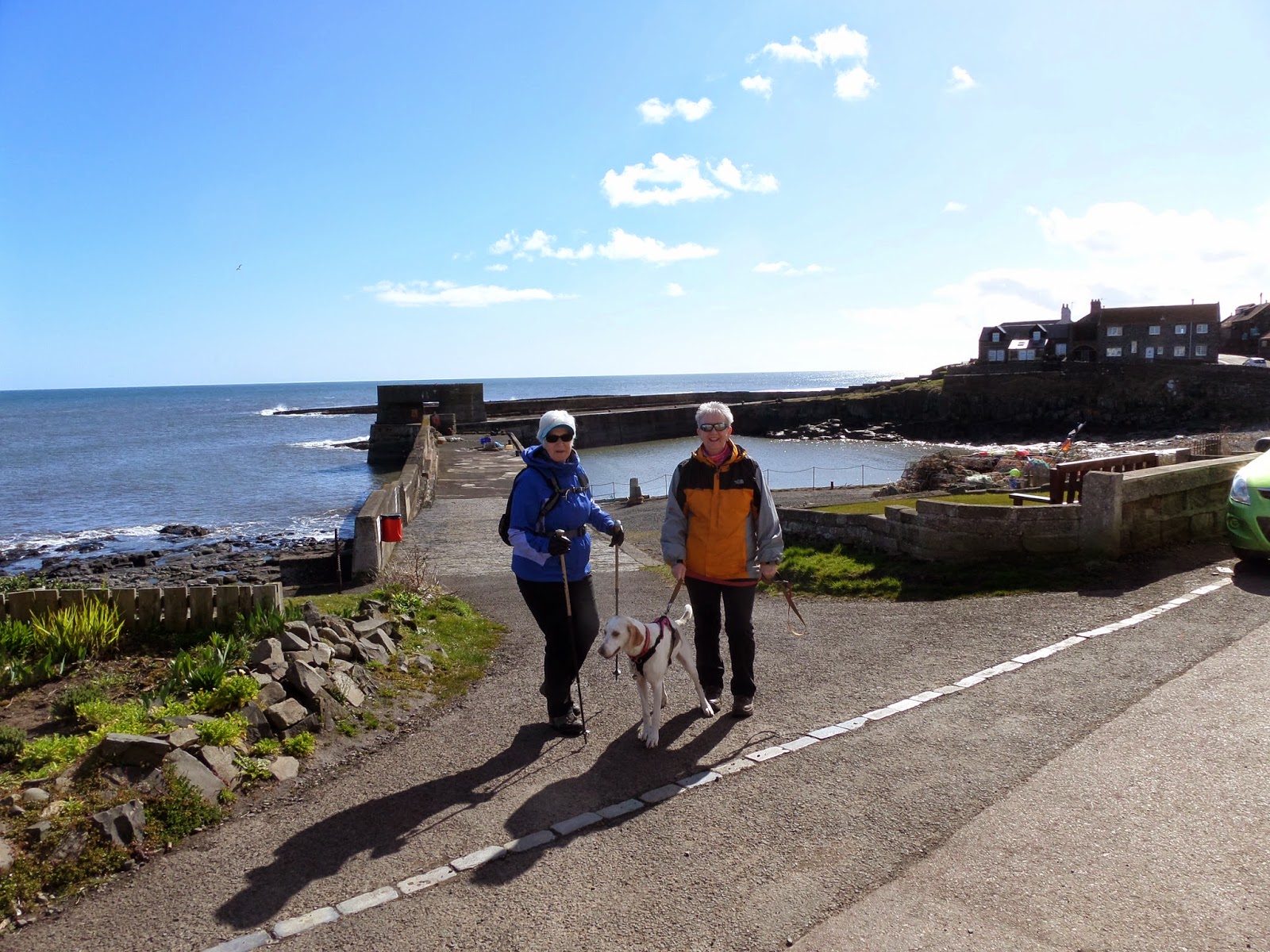 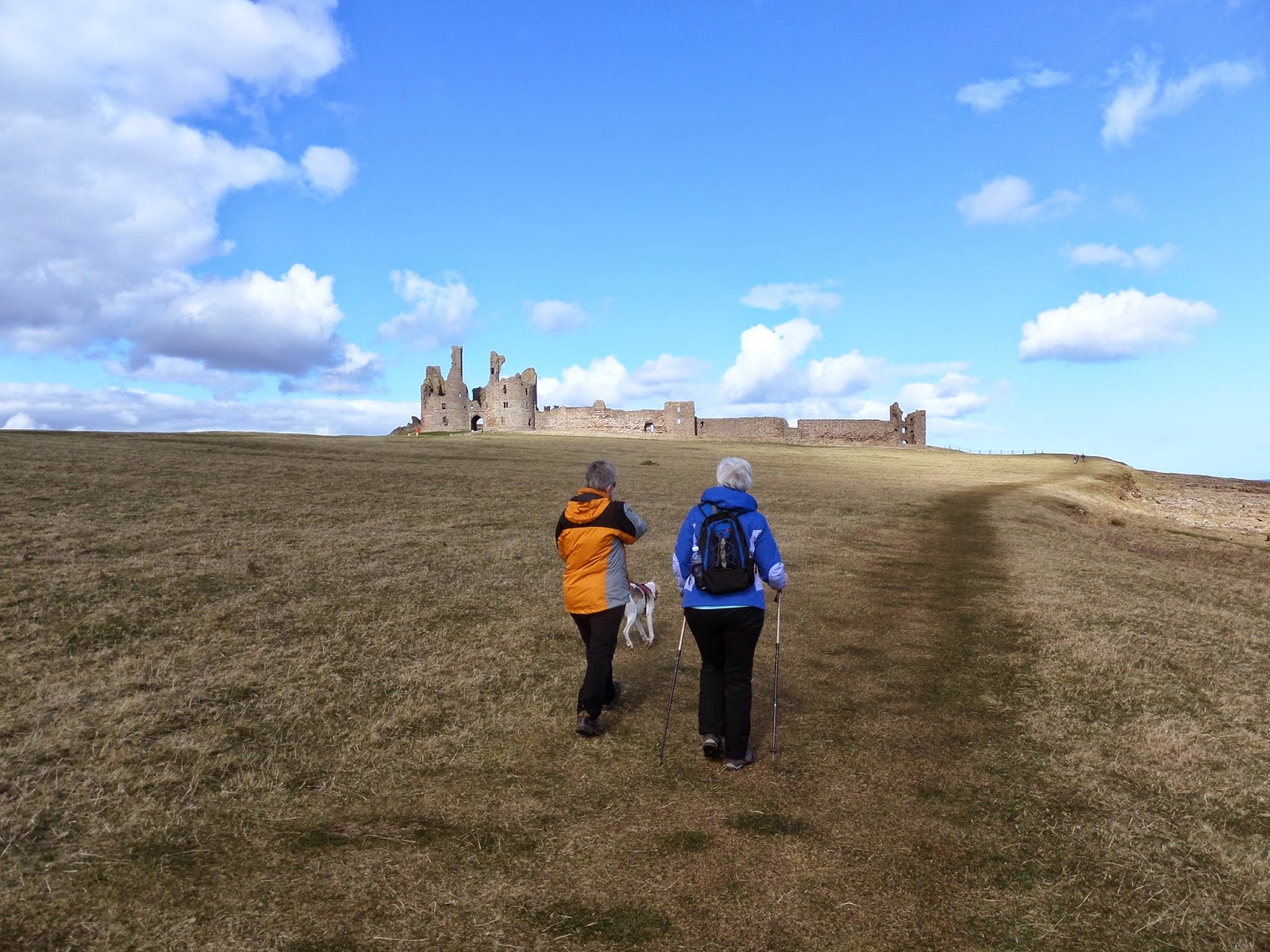 This is what English Heritage say about the castle:

Built on the most magnificent scale, Dunstanburgh Castle stands on a remote headland in Northumberland.
The castle was built at a time when relations between King Edward II and his most powerful baron, Earl Thomas of Lancaster, had become openly hostile. Lancaster began the fortress in 1313, and the latest archaeological research indicates that he built it on a far grander scale than was originally recognised, perhaps more as a symbol of his opposition to the king than as a military stronghold.
Unfortunately the earl failed to reach Dunstanburgh when his rebellion was defeated, and was taken and executed in 1322. Thereafter the castle passed eventually to John of Gaunt, who strengthened it against the Scots by converting the great twin towered gatehouse into a keep.
The focus of fierce fighting during the Wars of the Roses, it was twice besieged and captured by Yorkist forces, but subsequently fell into decay. 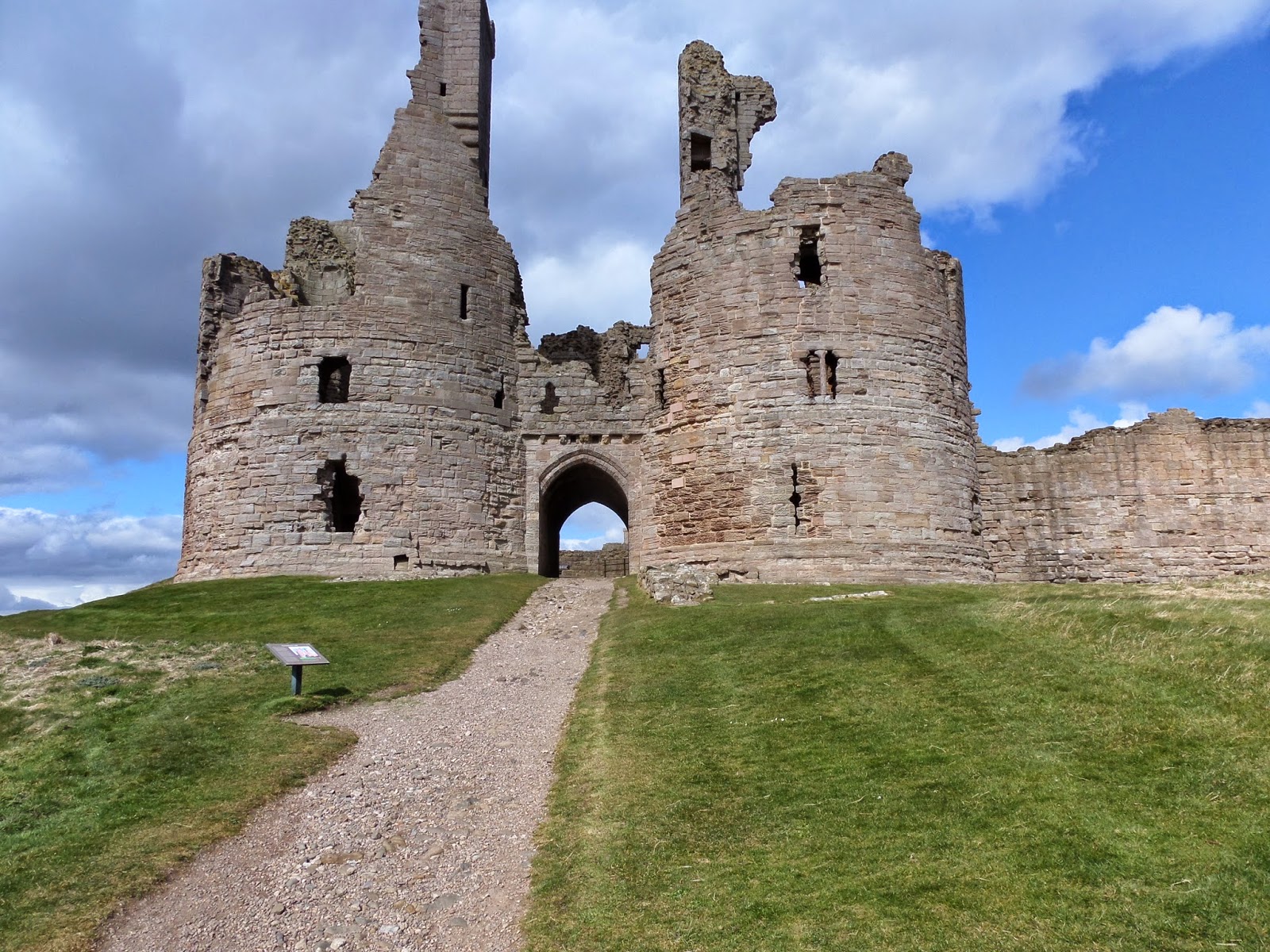 It was a really lovely walk with almost perfect weather but we've done this route many times over the years and even in the winter with freezing winds blowing in your face and 10 foot waves crashing onto the rocks, it's just as spectacular.

If you're in Northumberland you must come and walk this route and you'll know exactly what I'm talking about.